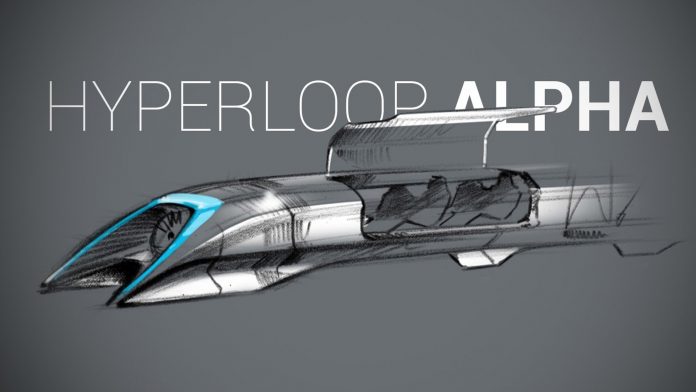 Capable of travelling from San Francisco to Los Angeles within 30 minutes, the Hyperloop works by propelling pods at high speeds through a tube.

In the Nevada test, the speed was accelerated to 116 mph in 1.1 seconds, which shows a perfect proof of the prototype which will be used in the final design.

During the test, a bare-metal sled moved like a rocket through an elevated magnetic levitation technology track. Even though the total time of the test was only 2 seconds, it was well enough to decide which technology to adopt.

Furthermore, the speed got heavy boost at 2 g-force before the Hyperloop hit a huge chunk of sand 100 yards down the line.

To implement Hyperloop into reality, developers will have to pass several hurdles like safety aspects and adhering to environmental issues.

Commenting on the recent developments, Rob Lloyd, CEO of Hyperloop One, revealed that the company is working with partners to create new benchmarks in the transportation sector.

Moreover, Lloyd also stated that Hyperloop will be safe, efficient and will provide sustainable high-speed connectivity both for people and goods purpose.

Along with the recent test drive, Hyperloop also announced that the company has entered into partnerships with Deutsche Bahn Engineering & Consulting, Arup and London’s Crossrail.

Responding to media queries, Shervin Pishevar, HyperLoop One co-founder, said that they are standing on hallowed ground for the people to provide a high-quality future generation system.