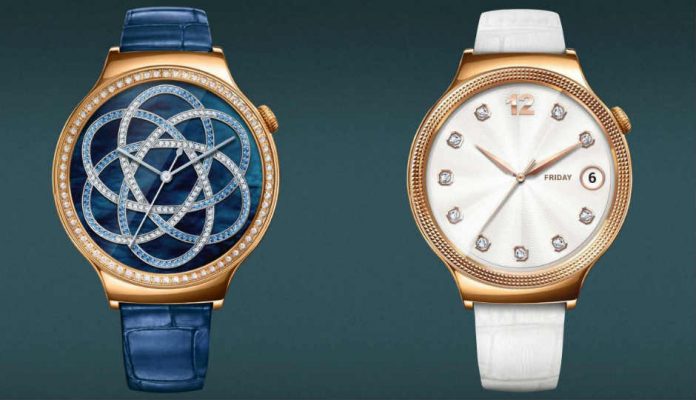 At CES 2016 in Las Vegas, Huawei unveiled its new smartwatches, whose buzz intends it to be primarily used by women. More precisely, two new Huawei watch variants which look quite appealing have been unveiled; dubbed ‘Elegant‘ and ‘Jewel‘. Duly to Huawei’s

The two gadgets differ in terms of design, though underneath the hood everything seems to be quite identical. As aforementioned, both installments are fundamentally aiming towards female users and feature rather sleek looks.

Both Elegant and the Jewel share the same chassis construction on a bathing suit in pink gold, but the Jewel version is embedded with 68 Swarovski crystals that will obviously affect the final price of the product. Other than being for the female market with different designs, this product does deliver any further fancy gimmicks. It packs the same technical specifications as the present Huawei watches; including 1.4-inch screen with resolution 400 x 400 pixels, 400 Snapdragon processor, coupled with 512 MB of RAM and 4 GB of storage.

Notably, on the other hand, thanks to these models and the new version of Android Wear, the devices can make and receive phone calls, which can serve useful if one wishes to respond to texts and phone calls directly from his wrist. 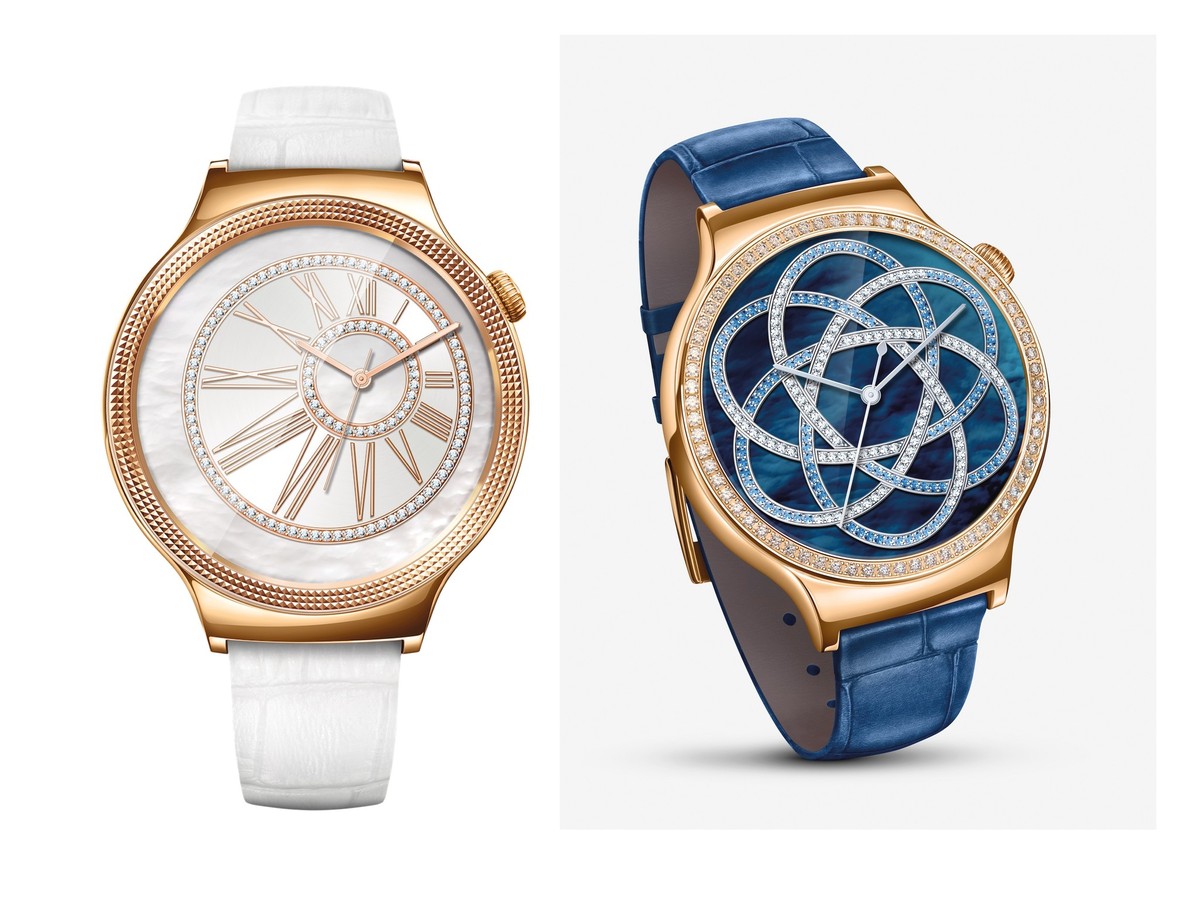 Apart from these specifications, the two devices preserve the features that are available on the present Huawei smartwatches.

The Elegant version of Huawei Watch will cost about $499, while the Jewel installment, having 68 Swarovski crystals, will set you back$599.

It is worth noting that since the two devices are targeting a smaller proportion of the smartwatch market, we cannot draw any conclusions regarding potential sales figures just yet. Both the watches have indeed a marvelous design, which is a feature that certainly makes them stand out from the rest, but the ‘value for money’ parameter will ultimately count as well.

There are no doubts regarding the quality of the products, as Huawei’s existing work in the field is quite astonishing.