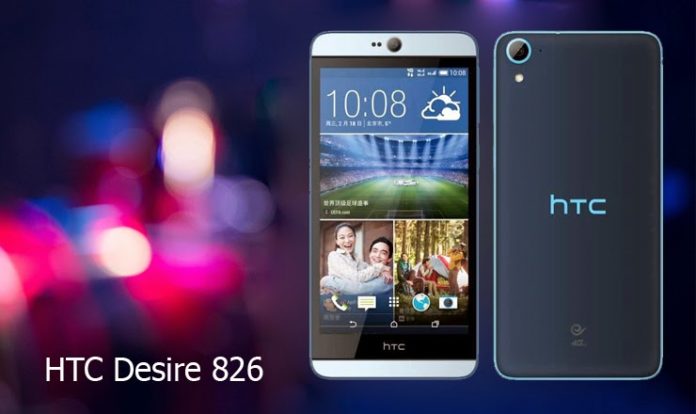 HTC (NASDAQ: HTCXF) Desire 826 (Dual-SIM Variant) has now popped up in the Indian market coming with a launch price of Rs 26900. The phone will be available on all major retailers by the end of the month.

After many teasers and leaks, we finally have the HTC Desire 826 with a dual-sim capability.

The Desire 826 just surfaced on HTC’s website, which is a massive update to its predecessor, the Desire 820. In terms of looks, it looks similar to the HTC Desire EYE but this is a midrange phone. The noticeable change in the specifications is the front facing camera where HTC has gone with UltraPixel camera from HTC One M8 for selfies.

The specifications for the device are as follows:

It’s interesting to see that this Dual-SIM variant has both the sim cards working on a LTE network together. The Desire 826 features an all-new 64-bit processor that enables superior multitasking capabilities, gaming and 4G LTE streaming. The device is running HTC Sense UI running on top of Android Lollipop straight out of the box.

The Desire 826 is coming with the dual-tone color, just like the Desire 820, and the options are White Birch, Blue Lagoon, Purple Fire and more.