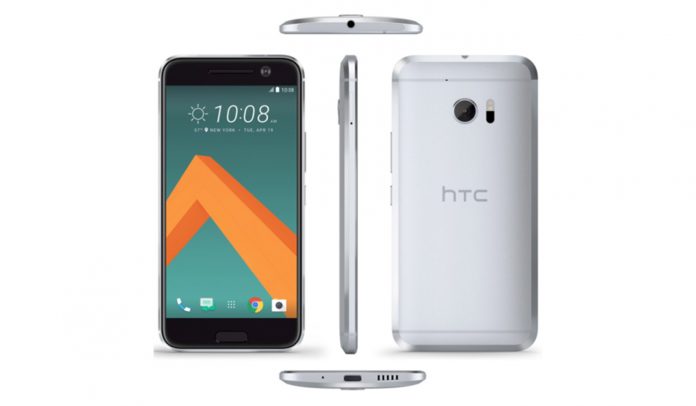 HTC released its latest entry to the flagship Android array for 2016 a few days ago, the 10, which is the replacement of last year’s One M9.

The Taiwanese Corporation has been facing a downfall in its mobile department for the last three years, where it still has not managed to revive.

Nevertheless, reviews of the device from major online publications are in, so we decided to accumulate the key points in one place.

Fast-forward three years and four generations of phones and the 10 is still much the same. It’s an aluminum unibody phone that’s solid and very well made. HTC’s eliminated almost all plastic from the 10, save for two small antenna strips and a small cap on the top of the phone. The 10’s look is not an offensive design, but at this point it’s a bit generic and not very compelling.1 The most radical design element on the phone is the large beveled edge on the back, which says everything you need to know about how unexciting the 10’s design is.

With the HTC 10, HTC seems intent on stripping its designs of the last four years down to the bare necessities, righting the wrongs of the previous version. The One M9 had a weird ridge that ran along the perimeter of the phone, almost like the front and back of the phone were two halves of a shell that didn’t fit together. This is fixed in the 10, which looks smooth and uniform. The One M9 had a metal body but used a glossy coating that took away from the premium feel of the metal. The HTC 10 feels more like bare aluminum.

Between the home button and front speaker lies the display, of course. The phone features a gorgeous 5.2-inch Super LCD 5 screen with Quad HD resolution. That works out to a pixel density of 564 pixels per inch, and it’s a fine display indeed.

Color reproduction and image quality isn’t quite on par with Samsung’s Super AMOLED screens on the Galaxy S7 and Galaxy S7 edge, but there’s little question that it’s a flagship quality screen. Just as important — or even more so, perhaps — is the touch experience that HTC has refined in its latest smartphone.

HTC’s camera has lots going for it. For one, it works with Google Photos so the camera can shoot and store high-resolution RAW images inside Photos. That’s a totally new feature for the app and exclusive to the HTC 10. And even while some smartphones, like the LG G5 (and maybe the iPhone 7), go with a dual-lens setup for wide-angled photos, the 10 packs in a wider-angled lens, which actually made a huge difference while I tested this camera during a vacation in Philadelphia.

If you’re looking for the absolute very best camera, I find the G5 and S7 still have an edge, but it’s undeniable that HTC’s significantly closed the gap with the HTC 10. In the video department, the 10 also 4K capture 24-bit audio, another bonus.

It’s the best performing, most competitive camera HTC has ever had and it is capable of taking good pictures. Unfortunately, although it has similar specs to many other phones, it’s not quite as quick as Samsung’s S7 and it has a bad tendency to overexpose images and lose details in the highlights as a result. Coming from the downright awful camera on last year’s M9, the 10’s camera is a world of improvement, but it’s still not as good as the best phone cameras you can get. For the price HTC is charging for this phone, you should expect it to be better.

The front camera has also been majorly upgraded with a new, optically stabilized lens (a first for any smartphone). It can take sharp selfies and video in low light, which, for a lot of people, is probably more important than the back camera’s capabilities.

The HTC 10 spec sheet is right up there with the rest of the 2016 flagships. There’s a 2.15GHz Snapdragon 820, 4GB of RAM, and decently fast storage. As a result, the HTC 10 does about as well as everything else released this year. The Snapdragon 820 dumps the ARM Cortex CPU architecture that was present in the Snapdragon 810 and switches to Qualcomm’s new 64-bit Kryo cores. The 820 has a four-core architecture with two 2.1GHz Kryo cores for heavy lifting and two 1.6GHz cores for idle and background tasks.

I think the most impressive part of the 10 is found in its software. Where older HTC models were burdened by duplicate apps, heavy skinning, and odd interface choices, the 10 has one browser, one calendar app, one music app, and so forth. Many times those apps are Google’s, not HTC’s, and the company has made efforts to design its own apps around Google’s Material Design directives.

For the 10, HTC used an “if you can’t beat ‘em, join ‘em” tactic on redesigning its user interface. The most noticeable improvement is how Android looks. HTC partnered with Google to entwine certain services so it can say goodbye to the bloatware holding back most of its Android competitors.

What are your thoughts on the HTC 10? Let us know in the comments blow.