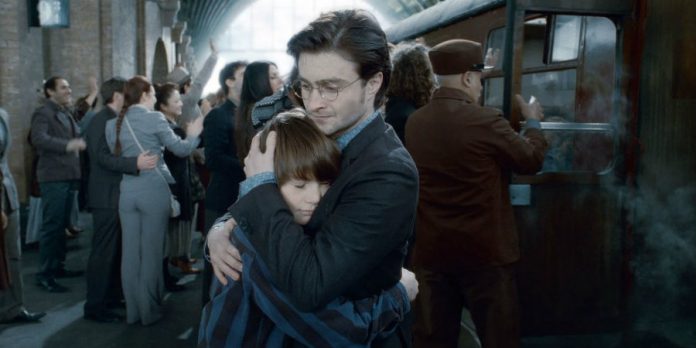 UK – Harry Potter and the Cursed Child won five-star reviews from critics as the famous magical saga made a return with a highly anticipated London stage production.

The theatrical release picks up several years after the end of the books and the films and shows our heroes facing the challenge of parenthood (and teenagers). It was co-devised by Rowling, written by Jack Throne and directed by John Tiffany.

The play is presented in two parts and shows Harry, Ginny, Ron, Hermione and a reformed Draco as adults in their mid-30s, while their children head off for their first year at Hogwarts. The story stretches for five hours.

Audiences have been urged to keep the secret since the early reviews began in June, and the production opens officially at the Palace Theatre, in London’s West End, on July 30.

A five star all around, the critics felt, like British papers modest in their reviews at the last intake of J.K Rowling’s universe.

“British theater hasn’t known anything like it for decades and hasn’t seen anything directly comparable to all my reviewing days,” wrote Daily Telegraph’s critic Dominic Cavendish.

The Stage’s Mark Shenton described Harry Potter and the Cursed as a “truly game-changing production and a thrilling theatrical endeavor.”

“It earns its place on the stage, feeling distinct from both the books and the screen adaptations,” Shenton added.

Ann Tennerman of The Times gave the play four and three-quarter stars, and said the “wizardry on display is out of this world.” Tennerman praised the plot as “complicated” and even compared the development of the story with HBO’s Game of Thrones.

Michael Billington, The Guardian’s critic, said the play is “a dazzling duel of light and dark,” but noted it would make more sense to “hardened Potterheads.” He also praised the performances, giving a special nod to Sam Clemmett as Harry’s son Albus and Anthony Boyle as his best friend, Scorpius Malfoy.

In yet another five-star review from the Independent, Jack Shepherd added The Cursed Child made sense as a “spectacle for the theater”, and not as a tie-in book or film.

American reviewers had similar feelings. Just as the Variety magazine where Matt Trueman wrote: “The Show That Lived Up to Expectations – and Then Some.”

The curtain is up

It all started when an unsuccessful British writer decided to share a book about the adventures of a little wizard. Little did she know, it would create a multi-billion-dollar brand that now expands to seven books, over 450 million copies sold, eight movies and a five-star theatrical sequel.

Years after the release of the final paper, Rowling thought of an unprecedented twist: Harry, Ron, and Hermione won’t be consumed by millions on films or books anymore. Instead, she chose an intimate setting where a maximum of 1,370 people per show will be able to experience the story. Accio London’s Palace Theatre!

It turned out, both the reviewers and the audiences saw a magical touch in the theatrical wizardry. Nor Hogwarts nor platform nine ¾ at Kings Cross ever felt so real and close. In a time where the VFX heavy cinema industry is running out of surprises, this is amazing. Making Ron Weasley disappear on a phone booth with the oldest trick in the book managed to capture the awe of the public.

The plot, just like Star Wars: Force Awakens, picks up with a new generation of characters with the children of Harry and Ginny, Ron and Hermione and Draco Malfoy. There is a cursed child among them that is not revealed until the last act, all the while suggesting many of the characters could fit the role.

It could be Albus, who fears to which house he would get assigned to at the Wizarding School. Or his friend, Draco Malfoy’s son, rumored to be a child to Voldemort conceived via a Potterverse time-machine.

What critics are saying about 'Harry Potter and the Cursed Child': The reviews make a strong case for the Wiz… https://t.co/iberAefK2r

And yes, this “time turner”, a device last seen in the final act of “Prisoner of Azkaban,” will be the engine to turn this play into a Back to the Future mess. Happens that Albus and Scorpius try to save Cedric Diggory, who died in the Tri-Wizards Tournament years ago, only to learn about the butterfly-effect repercussions at even the slightest change in the past.

The plot goes back and forth between the adult characters and the children struggling to correct their mistakes, and the story bounces to what made the books and the films so loveable: heroic schoolkids, friendship, and loyalty, but also the notion that adults are as flawed as themselves.

Fans’ mouth-to-mouth, branding, reviews and alike have ensured a London run sold out until Peter Pettigrew is released from Azkaban. Or, at least, until May 27 next year, when the play is scheduled to close with a possibility to be extended to Broadway.