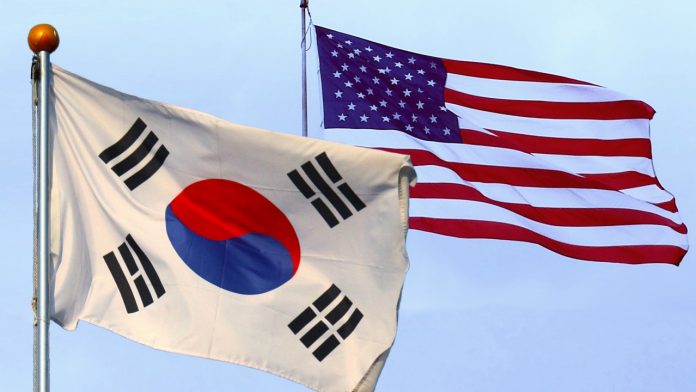 The United States and the Republic of Korea (or South Korea) have had cordial and beneficial relations since the end of World War II, although it was obvious that the economic, political and security advantages were more for the tiny East Asian nation than for the Western power.

But the election of President Moon Jae-in barely a year ago portends sensitive and sticky future ties with the US. Moon is a liberal former civil rights lawyer and the antithesis of his predecessor, the ousted Park. His US counterpart, President Trump, is also newly elected and a known xenophobic conservative. To be sure, South Korea and Washington have had bumps in the past. Still, the present challenge involves many issues, and a highly significant one is North Korea and its rogue leader Kim Jong-un.

Part on Moon’s landslide victory hinged on his campaign promise to pursue engagement talks with Kim. A local radio station conducting a survey in February showed the results as 61.5 percent of South Koreans in favor of a meeting between Moon and Kim to improve ties. The two leaders have agreed to hold a North-South summit on April 27th.

Moon’s approach is a direct contrast to Trump’s previous blusterous rhetoric and Kim’s equally inflammatory responses. Their word war had the world quaking with fear, especially since Kim had made good on his threat of fighting “fire with fire” by launching 23 missiles in 16 tests in 2017 alone. This included an intercontinental ballistic missile (ICBM) which had a range capable of reaching the United States. But it also cost the communist state a lot, with the US and the United Nations imposing sanctions which North Korea can hardly afford, already being one of the poorest countries in the world.

Kim and Trump is planning to hold a summit within next month and the international community is on edge, torn between optimism and desperation on how two hotheaded leaders can sit down and restrain themselves. The issues are quite complicated, centering on North Korea’s nuclear program.

The differing approach to the North Korea issue isn’t the only hurdle President Trump and Moon will have to overcome. Upon assuming the presidency, Trump had threatened to end the “horrible” US-ROK bilateral free trade agreement, complaining about the widening trade deficit. Negotiations are currently ongoing, and a deal on the steel tariff subject, which is a major factor, has been reached in principle.

Another matter that was taboo during the previous ROK administrations is the Korean camptown comfort women issue. It became publicly known only after almost half a century, and even then, no South Korean media reported on it. But in June 2014, more than a hundred elderly South Korean women sued their government for an apology and compensation for encouraging them into prostitution during the wartime period in the 1950s up to the ‘80s. The women claimed that the ROK and the US military conspired to turn them into prostitutes serving only the American troops in the military bases. These women lived in the camptowns, as the villages surrounding military bases were called. Collaboration between the two governments had evidence in transcripts of parliamentary hearings that suggested ROK officials saw prostitution as a necessity, documents signed by former strongman Park Chung-hee that showed his direct consent and participation, accounts from former US soldiers assigned to South Korea and testimonies from living former prostitutes. The women underwent etiquette lessons and medical checkups from American doctors to certify to their sexual health.

The Seoul High Court found the lawsuit legitimate and backed up by solid incontrovertible evidence and ordered the ROK government to pay the women 7 million won (US$6,370) each. US officials refused to comment.

The Terminal High Altitude Area Defense (THAAD) system presents yet another conflict between the US and its Asian ally. Trump has demanded that South Korea pay for the operational cost of the billion-dollar program and Moon is not inclined to give in to Trump’s order. Further stoking the fire, Moon is seeking friendlier ties with China to form balanced and diverse diplomatic ties with other nations.

President Moon is letting the United States know that it has its own foreign policy. How Trump will ultimately act on the ROK government’s show of defiance against the primary ally  or autonomy will determine the way forward for these two long-time allies.