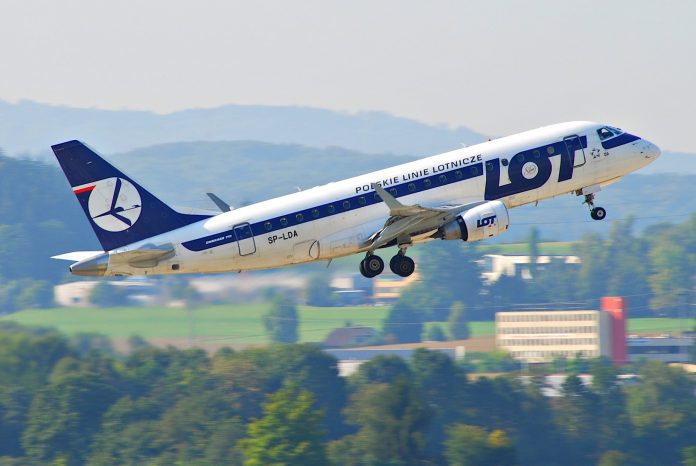 According to Reuters, polish airliner LOT was forced to cancel ten national and international flights after they found out that hackers managed to breach computers they used to issue flight plans. A dozen more were delayed.

About 1,400 passengers using the Polish airline LOT were grounded, following the attack that took place around 4 pm local time (3pm GMT) and it took security specialists around five hours to solve the problem and resume operations. The operator fears other airlines could also be at risk.

The hacker attack disabled LOTs computer systems at Warsaw’s airport, leaving the operations centre unable to generate flight-plans and at the same time paralysing most of its flights.

“We’re using state-of-the-art computer systems, so this could potentially be a threat to others in the industry,”

The airliner was taking care of passengers on Sunday evening and some of them were able to board. Those who were forced to stay overnight were offered accommodation to local hotels.

“The passengers’ lives were not in danger at any point, and the airport itself was not affected” -KUBICKI

Law enforcement and security agencies are currently investigating the attack.

It’s not a good period for the industry since many experts are warning about security holes on every part of the sector. In May 2015, security researcher Chris Roberts reported that he managed to control a commercial aircraft causing it to momentarily gain height.

As the aviation industry connects cockpits, cabins and ground control to the internet, it leaves itself open to the vulnerabilities other companies face.

Not to mention that the trend of offering in-flight WiFi connectivity leaves critical in-flight systems susceptible to security attacks, risking the lives of thousand passengers.

The International Civil Aviation Organization has pointed out that cyber attacks represent a serious threat and requested that the industry reconsiders cyber security of the aircrafts.