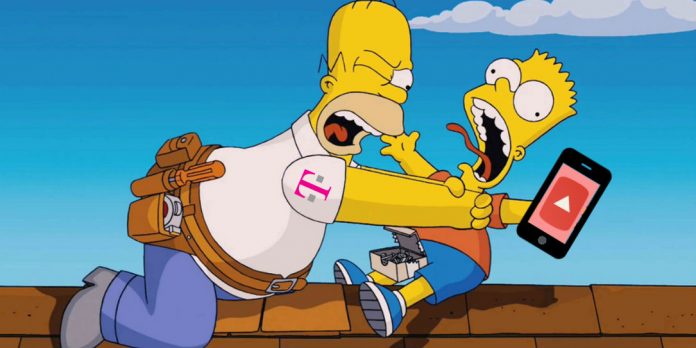 During the last month, when T-Mobile had launched a new feature that allowed customers to stream unlimited Netflix, HBO and Hulu over their data plan, YouTube was a significant partner that was missing.

Now, YouTube is alleging T-Mobile of reducing the quality of the videos from YouTube, as well as from other providers. This could amount to what could be a possible violation of the net neutrality policy implemented within the US borders.

YouTube’s complaint is surely one of the first public allegation that has been made by an established internet company to the T-Mobile’s plan Binge On. This will surely draw the attention of the regulators from Washington.

There is also another major catch when it comes to this issue. T-Mobile automatically enables the Binge On feature on the users who are using data plans greater than 3GB. For seamless streaming, this feature downsamples the video to 480p. However, the particular reduction happens on all video contents accessed through the device, not only on the applications that have partnered with T-Mobile.

T-Mobile marketing commented to this by saying that application of the video quality policy stretches the existing data plans of the customer further.

According to Marvin Ammori, a net neutrality lawyer, “Degrading video quality this way violates the FCC’s no-throttling part of the net neutrality rule, which forbids reducing the quality of an application or an entire class of applications.”

Internet Association, a Washington trade group representing businesses such as Google, Netflix and Uber, also mentioned that, “T-Mobile’s new ‘streaming optimization’ program appears to involve throttling of all video traffic, across all data plans, regardless of network congestion.”

T-Mobile and YouTube both refused to comment on this issue when contacted. However, John Legere, CEO, T-Mobile, tweeted:

“Our customers (heart) #BingeOn – streaming video w/o hitting their data bucket AND complete control to turn it on/off at will!”

The story is developing.