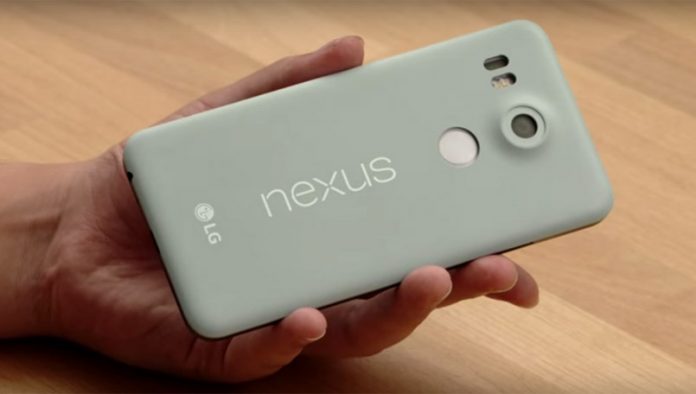 Google Inc. (NASDAQ: GOOG)- The search giant has released its LG Nexus 5X flagship smartphone a month ago and reviews have already emerged on the web sharing some interesting conclusions about the device.

Google’s one of two newest addition to the Nexus series, the Nexus 5X is available in stores for some time now and the first reviews have been written by both trustworthy major news networks and a plethora of tech maniacs who have tested the new smartphone. So in a sum up of the most highlighted reviews that we’ve seen, let’s check what’s the word on the Nexus 5X out there.

According to the majority of customers and critics, the Nexus 5X is a boring phone that does not demonstrate LG’s designing maximum capabilities.

“It appropriately pushes the limit of a one-handed phone with dimensions of 147 x 72.6 x 7.9mm, making it taller and broader, but ultimately skinnier than the phone from two years ago,” writes TechRadar. Also the matte plastic finish “is dull to look at, but it’s not slippery like a metal or glass surface might be,” according to TheVerge.

It  may not be as good as the 6P since Google presented it as a more affordable option, but the Nexus 5X has also a powerful display. “The Nexus 5X isn’t as premium as the Nexus 6P, rather the company has been promoting it as the budget device. For a budget device, the Nexus 5X does pack in a rather impressive 5.2-inch Full HD display, with a pixel density that goes all the way up to 423 ppi. It also gets the Gorilla Glass 3 for added protection” writes Tech2.

Both of Google’s new additions to the Nexus series will be the first two smartphones to sport the company’s new feature, which ironically enough is not new to the rest of the market. We’re referring of course to the fingerprint sensor that is placed on the back of the device.

TechRadar mentions: “While Google says that “this is where your finger naturally falls,” I still felt like I had to genuflect my index finger to unlock the phone. I also smudged the nearby camera a bunch of times. For this reason, the Sony Xperia Z5 fingerprint sensor, on its side power button, is a better idea. […]Apple’s iPhone 6S Touch ID setup is painstakingly slower and requires too many taps and too many seconds in between taps. I found Nexus Imprint to be just as accurate with six taps.”

As you probably know already, the two new Nexus phones were the first ones to circulate with the new Android 6.0 Marshmallow. The new OS has been discussed before and comes with plenty of new cool features and improvements.

Engadget notes: “One of the most standout features of Android Marshmallow, by far, is Now on Tap, which lets you dive deeper into anything you’re reading or watching by bringing up additional information. So, for example, if you’re watching The X-Files on Google’s Play Movies app, you can hold down the home button to bring up the show’s IMDb page as well as links to Google search results, YouTube videos, Facebook pages and other assorted images and links associated with the show.”

This time Google seems to have taken seriously under consideration all the feedback that it received from previous efforts. So as a result, the Nexus 5X will sport a 12.3MP rear snapper and a 5MP front camera.

“MOST PEOPLE WILL BE REALLY HAPPY WITH THE PICTURES COMING OUT OF THE 5X Google’s new camera app is a different story, however. It’s slow, especially when shooting HDR, and barebones, and it doesn’t let you do basic things like capture still photos while recording video. There are no manual controls to speak of, and it can take a long time to launch on the 5X. The camera can be launched with a double tap on the power button, but it’s a clumsy and awkward experience that turns the phone off, then turns it back on to use the camera. For all the good Google did with the actual 5X camera output, the experience is tainted by the lousy app,” says TheVerge.

LG has done some high-quality work here, as it ultimately managed to balance mid range pricing with a good performance provided thanks to decent components.

“The 5X uses the same with the same Snapdragon 808 processor with a 64-bit hexa-core CPU that’s a combined 1.44GHz quad-core chip and 1.82 GHz dual-core chip. A matching Adreno 418 GPU is also integrated into this processor,” supports TechRadar. “There is a difference when it comes to memory, which, among other things, dictates how many apps you can have open at once. The Nexus 5X has just 2GB of RAM, while the LG G4 takes advantage of 3GB of RAM, as does the Nexus 6P. The 5X is behind similarly-sized Android phones featuring a more comfortable 3GB of RAM, and bigger phablets that have breached 4GB of RAM. It’s not so future-proof after all,” adds the site.

The 2700mAh battery seems to be one of the major and most noticeable updates on the 5X.

“The Nexus 5X hasn’t failed to get me to my bedside charger yet, and (likely thanks to Android Marshmallow’s new Doze feature) it seems to drain particularly slowly when I leave it alone for a while,” writes CNET.

All in all, based on reviews given by other media and customers, we can conclude that Google has made a couple of basic and much-needed improvements here and there. If you’re looking for a smartphone forged in the Android operating system and created for it, then the Nexus 5X is probably what you are looking for.