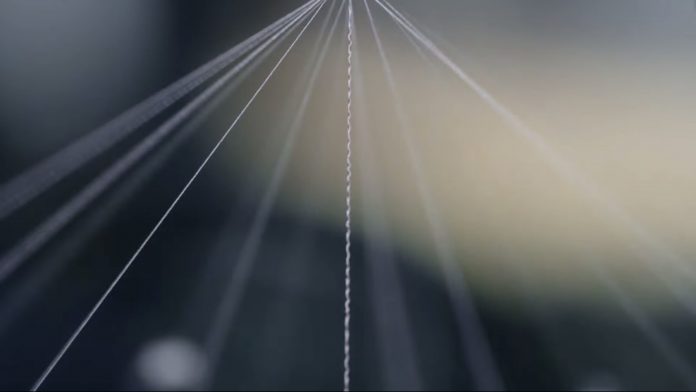 The 2017 South by Southwest (SXSW), is happening this week, and Google is making its presence felt at the event with a brand new product: clothes. In partnership with Levi’s, the tech giant is introducing a smart jacket with functions woven in.

The jacket, which is a revamped version of Levi’s Trucker Jacket of their Commuter line, supports five simple hand gestures on the left sleeve’s cuff that you can customize with a mobile app. It is the latest Project Jacquard creation.

This is not the first nor the last we will see of Google’s connected clothing project, as they have announced in the past their intentions to bring connectivity and functionality to clothes and fashion with innovative materials and groundbreaking tech.

Google’s Advanced Technology and Products (ATAP) group and Levi’s came together through a shared passion for boldness. The division was researching smart textile materials when it stumbled upon the denim giant.

The team at ATAP has an initiative called Project Jacquard, under which the new smart jacket was created. Jacquard technology aims at weaving interactive interfaces into textile surfaces like clothes and furniture using unique materials.

Conductive yarns are special kinds of thread that combine regular industry looms of cotton, polyester, and other materials with metallic alloys that make them ideal to use for data transmission.

Weaving these yarns to make up a responsive surface on pieces of clothing results in uniquely designed patches that not only look great, but also bring what promises to be the next big thing in fashion.

Electronics are embedded all along the prototypes, and also focused in certain areas to deliver a more responsive experience to people wearing them. These components include LEDs or haptic sensors that vibrate to show responsiveness.

Levi’s and Google applied all the knowledge gathered by ATAP and put Jacquard technology to work in the Commuter Trucker Jacket. The apparel piece will have a $350 price tag when it becomes available later this year.

The smart area woven into the jacket is located on the end of the left sleeve, on the cuff to be precise. This part also has a slot for a flexible USB tag that carries all the electronic components needed to give it its smarts.

This tag is shaped like a long strip and the main end is a cuff button. Once connected, wearers can brush out, brush in, double tap, tap with a full palm, or draw a circle with their fingers to trigger different actions.

Google has their own Jacquard app, through which users can customize the functions the jacket performs. The platform supports third-party apps like Spotify so you can play music with just a double tap, for example.

Designed for commuters, other prototype functions include telling the wearer the weather, how is traffic, estimated arrival times, and best routes to take. People can listen to what the jacket says or choose to listen using a pair of headphones.