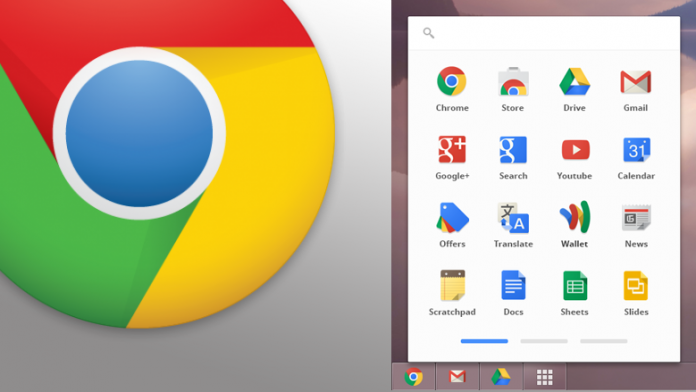 It looks like Google is finally ending its invasion of the Windows Desktop. The search engine giant recently announced that the Chrome app launcher will be removed from Windows, Mac, and Linux, in July, however, it will still be there on the Chrome OS. Google says it’s dumping the app launcher in the name of streamlining the browser after discovering that most Chrome users “prefer to launch their apps from within Chrome.”.

The whole “platform within a platform” experience within Windows was also because of the App launcher. In addition to the app launcher – which sat in the taskbar and allowed users to fire up Chrome apps just like a normal desktop program, miming Windows Start menu functionality – Google killed Chrome’s notification center in October too. That feature was replaced with native web push notifications, a standardized feature that sites can use across all browsers.

Other than these two features, Google also created a modern UI version of the browser for Windows 8 that essentially put Chrome OS inside Windows. However, the attempt  at “Chrome OS for Windows”, was killed, as Microsoft had taken the decision to do away with Windows 8’s ill-advised dual UI for a more traditional desktop in Windows 10.

So, if you are one of those people who used Chrome’s app launcher a lot, the company may still be providing a way for you to launch the Chrome apps from your taskbar. At present, if you want to create a shortcut, all you need to do is type chrome://apps into the Omnibox, right-clicking an app, and then selecting Create shortcuts. The shortcut can then be dragged from the desktop onto the taskbar. However, we will have to confirm if this functionality will work after the app launcher goes away, officially.

Did you use Chrome’s App Launcher on an often basis or not? Let us know in the comments below.