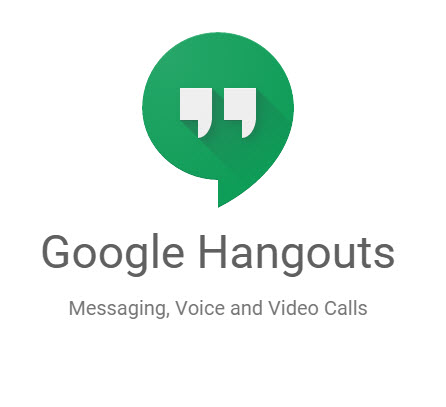 US – Alongside announcing the name of Android M as Android 6.0 Marshmallow; Google (NASDAQ: GOOGL) also unveiled a new Web interface for Hangouts. To emphasize on the fact that Google Hangouts is a distinct product separate from Google+; the tech giant has not only introduced Hangouts 4.0 on Android; but has also given a home on the World Wide Web. Google Hangouts now has its own website; giving easy access to its users for initiating audio or video calls or chat conversations.

The search giant, Google initially released the communication platform, Google Hangouts on May 15, 2013. The platform includes features like instant messaging, video chat, SMS and VoIP. With Hangouts release, Google has stated that Hangouts to be the future of its telephony product, Google Voice. Also in the current versions of Android, Google Hangouts is the default application for text messaging.

In the past, users could access Hangouts on their computers in three ways; from Google+ site, from Gmail and from browser plug-ins. While all these ways still remain active; Google has developed a dedicated website for the messaging service. The new Google Hangouts website is located at hangouts.google.com and there is no need to install plug-ins. Also, this move by Google relieves the Hangouts users from opening Gmail or Google+ to start a Hangouts conversation.

On opening the new Hangouts website, users will see the full list of Hangouts conversations at the left of the screen. The center and right side of the screen addresses the user along with three circular buttons for starting a video call, phone call or message. Just like the Google+ interface, the new Google Hangouts website has a hidden side panel. The panel overflows on the screen by clicking on the three-dot button. The same panel will appear, if a user clicks on the top left Menu Hamburger icon.

A week ago, the tech giant had given a facelift to the Google Hangouts mobile app; bringing a new Material Design interface and faster performance. Thus, this major update has brought an effort to make the messaging app sleeker and simpler to use.