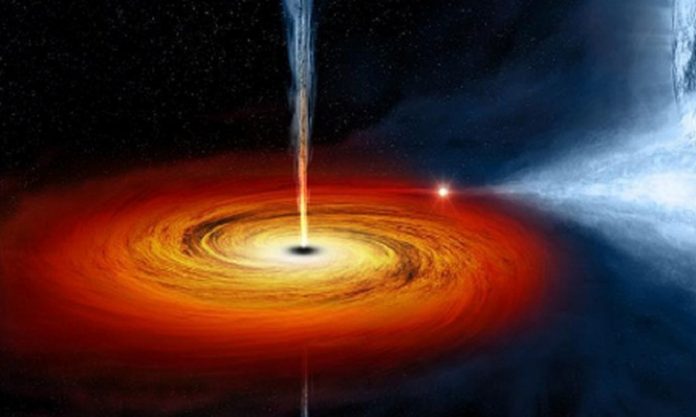 According to a study report published in the Astrophysical Journal Letters on May 09, 2016, it has been found that a humongous black hole at the heart of the galaxy called NGC 1332 has mass, 660 million times greater than that of our sun. The newly found black hole is about 73 million light-years away from us.

This massive black hole which is located in the center of that galaxy will suck anything and everything, and it includes, planets, stars, and even light. The new method of analyzing the mass of black holes is expected to open a new ray of hope for astronomers who are keen on learning the physical features of these mysterious paths.

Aaron Barth, the lead author of the study, told that it is necessary to zoom into the very center of a galaxy where the black hole’s gravitational pull is the dominant force to get a precise measurement. He added that ALMA was a fantastic tool to carry out these studies. ALMA is nothing but a particular type of telescope called, Atacama Large Millimeter/sub millimeter Array, and it is helping scientists to examine far away black holes.

ALMA telescopes are getting operated from the highest points in Chile desert. It is equipped with an array of 60 antennas capable, which is efficient in monitoring space even in sub-millimeter wavelengths.

Dark gas and dust are quite invisible for regular observation centers. Measuring dark gas is quite crucial while analyzing the mass of black holes, and ALMA makes this possible.

Andrew J. Baker, a team member, told that black holes cannot be considered as cosmic vacuum cleaners, even though it absorbs anything and everything that comes near it.

In the initial days, black holes measurements were carried out using Hubble telescope. The measurements are considered to be uncertain as it relies on observations of hotter disks of gas.