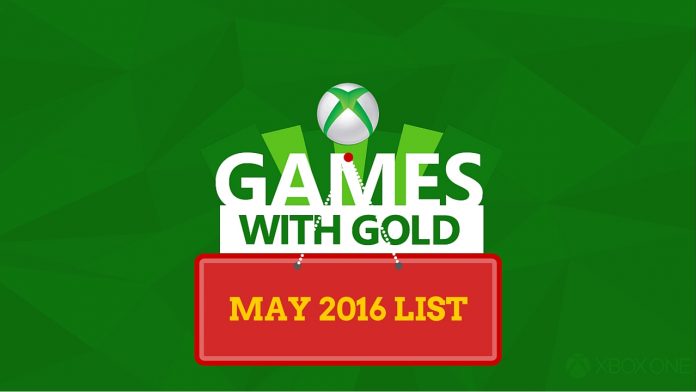 It is that time of the month again where users with Xbox Live Gold membership can grab a slew of fascinating Xbox One and Xbox 360 games for free, though the offers last for a limited time only, so gamers have to keep their eyes peeled. Here is a complete list with all Games with Gold for May 2016, on both Xbox One and Xbox 360 consoles.

The second-round of free games begun on May 16th, which wraps up on the first day of June.

Moreover, the new titles, Costume Quest 2 and Peggle, have now supplanted both Sunset Overdrive and Grid 2, which were removed two days ago.

Here is the list — will be updated accordingly when new titles arrive:

How do I download free Games with Gold on my Xbox?

In case you are not familiar, the procedure is genuinely a piece of cake.

As aforementioned, you have to own a Xbox Live Gold membership. From there on, all you have to do is fire up your Xbox console, log-in to your account and open up the marketplace where a dedicated segment listing all the free games will be at your disposal.

Four games are usually rolled out each month, sitting there for approximately a couple of weeks, before being replaced from their successors.

Microsoft has not unveiled much regarding next month’s titles, though we are certain that we will hear more about it during the first week of June.

Which titles did you pick? Let us know in the comments below.