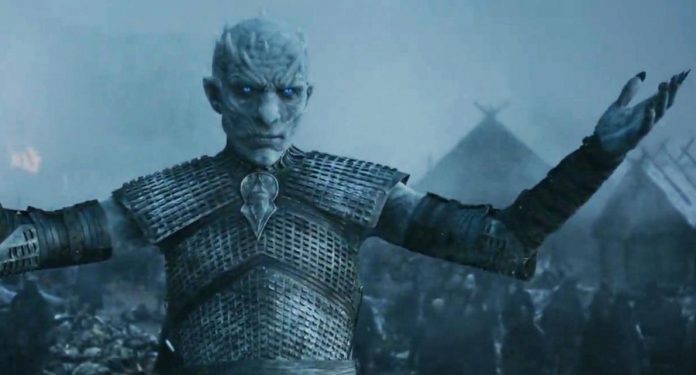 Game Of Thrones is the most popular TV show at present, and due to the cruelties and tortures by Ramsay Bolton, he became the most hated character after Geoffrey. So much so, that everyone was speculating, how he is going to die and fans were even making fan fictions for that.

Finally, the end of Ramsay Bolton came near and he died the death everyone wished for him. He was eaten alive by the same dogs he had fed and used for torturing others.

Does it points to Sansa being pregnant with Ramsay’s child? That takes us into thinking about what Sansa earlier said to Littlefinger “I can still feel what he did, in my body, standing here, right now” .

Does this all point to Sansa being pregnant?

And which path this storyline will go? There have been speculations of Sansa killing the baby or even marrying Littlefinger to protect the baby, but which prediction will come true, only time will tell.

There have also been speculations of Lady Stoneheart making a comeback. For those who don’t know, as per the books, after the death of Catelyn Stark’s corpse is brought our from river by Arya’s direwolf and she is thus resurrected by Lord Beric Dondarrion, and comes to be known as Lady Stoneheart, whose only purpose of life becomes killing anyone associated with Frays, Bolton or Lannisters.

As per the books, this should have happened in Season 4, but it was skipped by the show makers. It is being expected that with the re-emergence of ‘Brotherhood Without Banners’ , the storyline might be back on track. All spoilers point to Lady Stark making a comeback as Lady Stoneheart. Which also means, that she will be the crucial factor in Jon Snow and Sansa’s struggle for Iron Throne.

This was about comebacks and new entries, but what about the existing ones? Who is going to die in the season 10, let us explore:

As per the preview of Episode 10, the trial of Loras Tyrell is going to happen. With this trial, the conflict of Lannisters with High Sparrow will come out. It is expected that High Sparrow will be killed and so will be Lancel Lannister, who is Cersei’s cousin.

But the much bigger blow will come with Maregaery killing off Tommon. After this, Cersei will go mad after the death of her last child. These are just conspiracy theories, however, we do expect a lot of deaths in this scene.

We can see the white raven hovering near the Castle Black, marking the advent of Winter. It means that the White Walkers are going to attack the Castle Black and considering their strength, there is very little chance of Crows surviving the battle with the dead.

The question keeps coming to the fans, why is Walder Frey still alive? He betrayed the Starks and brutally killed Robb and his pregnant wife.

Well, Jaimie seems to be rejoicing with Frey to congratulate him on getting the castle from House Tully. But what seems to be happening is that Jamie may kill Walder Frey.

On the night, when he was talking with Lord Edmure of House Tully, he might have made a deal with him to kill Frey in exchange for the castle.

However, in the books, Lord Edmure is shown to have been exiled along with his wife and child. Now whether Arya or Jamie kills Walder Frey, we will have to see, but one thing we are sure of is that he doesn’t have too many days to live now.