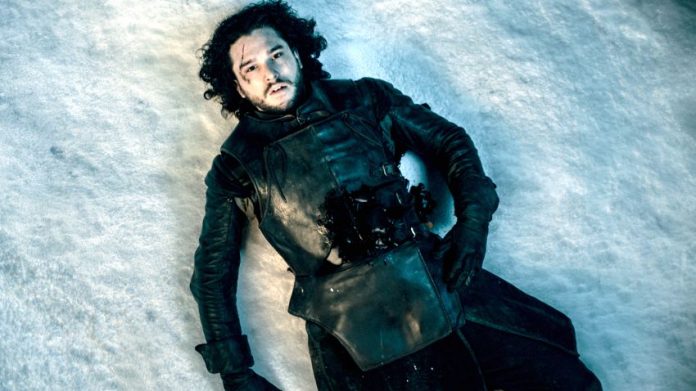 He may know nothing, but beans were spilled all over the place  when Kit Harington aka Jon Snow from “Game Of Thrones” appeared on ‘The Tonight Show‘ starring Jimmy Fallon, aired on May 13.

The HBO series heart-throb (he may not go to work thinking, “right I’m going to be more heart-throbby today” but he really is), everyone’s favourite b****rd and the Lord Commander of the South.

And when he appeared on this hilarious episode of popular talk show, needless to say that there were spoilers. So, if you haven’t watched the latest episodes or are planning to start watching the show, please steer clear.

Amanda Peet recently said something about being “outraged” upon knowing that Jon Snow was dead, threatened to divorce her husband David Benioff, who is also a Co-creator of “Game of Thrones“, if he didn’t bring him back to life.

Though it spoiled the latest episode for most, we all did share her sentiment. Now that our favourite character is back to life, it was only time that his alter-ego (I say alter-ego because let’s face it, Jon Snow is more real than anything or anyone else), Kit Harington made a public appearance and spoke out about the latest episodes.

Contrary to his on screen character, Kit is one to take to humour wherever it fits. The Brits usually have a knack for wit and sarcasm. For those wondering, he did reveal that Jon Snow is still  alive, not only on the show, but also in real life, to a few, even before the show aired. It included his parents (who he told “straight away” despite the instructions by HBO producers), his girlfriend Rose Leslie, a couple of close buddies and a police officer who wouldn’t let the Lord Commander of the Knights watch, out of a speeding ticket, unless he revealed the secret that we all had been waiting so patiently to know.

“I was driving to my parent’s house and driving too fast and this policeman pulls me over and he said: ‘There’s two ways we can do this: You can either follow me back to the police station and I book you in, or you can tell me whether you live on the next season.'”

The long arm of the law sure can reach where we can’t! But to our beloved Jon Snow, we can forgive you these little things, just as long as you promise to stay alive, just as we did for keeping us in the dark about being alive!

About time the show gave us one back for Ned Stark, Oberyn, almost the entire Stark family and so many more.

The Brit actor is quite secretive when it comes to his personal life, but as I said, some beans were spilled.I don’t know if it adds to his overall appeal, but he did reveal that he gets the urge to scratch his b**ls every time he sees an ambulance (now we know something more than “nothing”). He then explained saying “apparently it’s good luck for the person inside”. Naaah.. Someone messed with the gallant Knight!