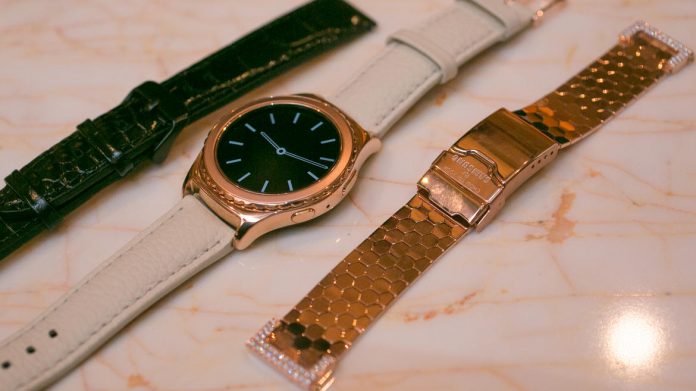 With all the fuss developed around Samsung’s smartwatch, the Galaxy Gear S2, there is a pretty good chance of you wondering if there is a new version rolling out. The answer to this will be, no, not really, as the new edition has been launched globally starting in China and it is still the same smartwatch, the only exception being that you have two new color options; rose gold and platinum.

The color option is an important keyword here, as both the rose gold and platinum are not the new material choices for the wearable. The finish is applied on the stainless steel that lies below the watch. Due to this, the good news is that the prices will still remain low, however, the bad news is that the whole addition is not that exciting.

The “new” watch will come with more exciting options for watch faces, by the likes of Jean-Michel Basquiat and Keith Haring and, according to the reports, will soon sport Samsung Pay and iOS support features. It would be ideal if these features are added at the time of the release, but, apparently, it seems like we will have to wait a bit longer.

Fortunately for users of the Gear smartwatch, Samsung has finally acknowledged the serious lack of apps for the Tizen-powered device. Regarding this issue, the company made a comment that “in an effort to further improve the smartwatch’s user capabilities, Samsung has partnered with additional developers to offer an expanded application ecosystem that complements multiple lifestyles.”. This shortage of applications has been a major source of criticism in the reviews by experts all across the internet.

As for the specs, it is same as that of the earlier version of the Galaxy Gear S2 classic. The device features a 1.2″, 360X360 pixels resolution screen, that is powered by a dual-core Exynos 3250, clocked at 1 GHz frequency and 512MB of RAM. The device is supported by a 250 mAh battery. Moreover, the Galaxy Gear S2 runs on Samsung’s home-brewed Tizen OS.

Fans of the Gear S2 will have to be patient, as for the Rose Gold and the Platinum variants, there is no official U.S. or Europe release date or pricing. In China, the smartwatch sells for a price somewhere around $350 and $390 – 323 to 360 Euros.