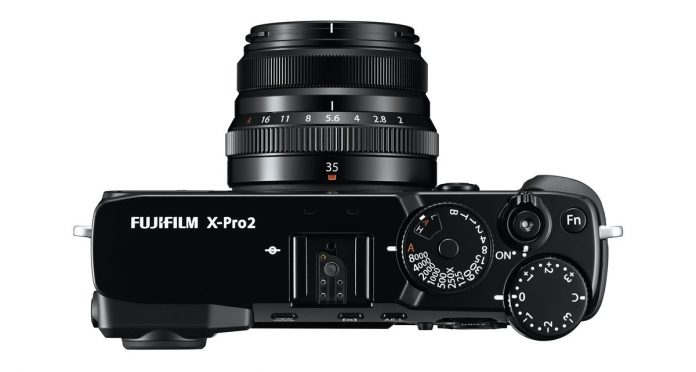 Since its initial kickoff at CES 2012, Fujifilm is back with the X-Pro2, furthering its X-series range of mirrorless cameras. Four years ago, the company had started this series with the X-Pro 1 and, yes, it might be hard to believe, but, it took the company this long to come with the new camera.

Even though there were a lot of firmware updates, and the camera was able to compete with any modern day camera, but in terms of design, it’s very long in the tooth at this point. But, with the X-Pro 2, the wait is definitely over.

The DSLR-style X-T1 had garnered much interest for the Fujifilm’s cameras, but the XPro2 has returned to its range-finder roots of this series. Like its predecessor of the X100 range, the camera features an updated hybrid optical and electronic viewfinder. The X-Pro2 also includes a diopter adjustment dial to help bring the viewfinder into clear focus – that was an omission in the X-Pro1. Fujifilm has included a small LiveDisplay screen below the rangefinder to confirm focus and exposure and see the whole frame along with the zoomed in portion.

Moreover, it is the first camera to move beyond a 16MP sensor and is the first to feature the new X-Trans sensor since its initial on the X100S. The sensor that has been used this time round is around 24MP and when clubbed with the X-Processor Pro is capable of shooting with continuous phase-detection autofocus at up to eight frames per second. The camera now has more than 273 points in its autofocus system, 77 of which are phase-detection ones and cover more than 40 percent of the frame. The maximum shutter speed is 1/8000 seconds, which is double its previous values, and the flash sync speed has been increased up to 1/250 seconds.

External specs of the X-Pro 2 are not that different from its predecessor, as it is dust and splash resistant like the X-Pro 1. The most notable change, however, is the addition of the joystick that can be used to easily select focus points. An integrated ISO control has also been incorporated with the shutter speed dial and is definitely a significant improvement over the menu diving that was needed in the earlier version. Wi-Fi connectivity has been included to the latest model as well.

X-Pro 2’s body will go on sale for $1,699.95, starting next month. This camera is $400 more expensive than its predecessor, so, yes, it is definitely a premium shooter. Fujifilm is very confident when it comes to the performance of the camera, but, how it really performs is still to be seen.