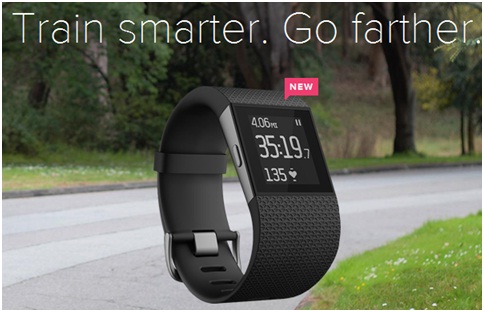 US – Fitbit has launched the Universal App for Windows 10. Fitbit rules the daily activity tracker market and with this launch of Windows 10 app; it aims at motivating people to a healthier lifestyle. The app is now available on Windows Store for free download.

The app offers updated live tiles, which are redesigned with more information and new notification types. With the support of this feature, the users can quickly access their most critical data to reach and conquer their personalized health and fitness goals.

The app supports features of Windows 10 like Cortana voice commands and Continumm. As explained by Microsoft in their blogpost, Cortana support allows users to speak commands such as ‘Fitbit, I ate chicken for dinner’ – for automatic and easier food and activity logging. The Cortana feature is available on Windows 10 tablets, PCs and mobile phones.

This activity tracker app has a fantastic modern web dashboard which shows detailed information about daily routines. The quick actions will help users in logging and tracking their health and fitness activities. The notification center now consolidates the users’ important notifications in a dedicated tab; thus helping users to review their progress effortlessly.

The update also brings enhanced syncing with Bluetooth on all Windows 10 devices with supported hardware; thus helping users in making timely decisions with quicker access to their fitness stats.

This newest Universal app will extend to Windows 10 Mobile and Xbox One later this year.