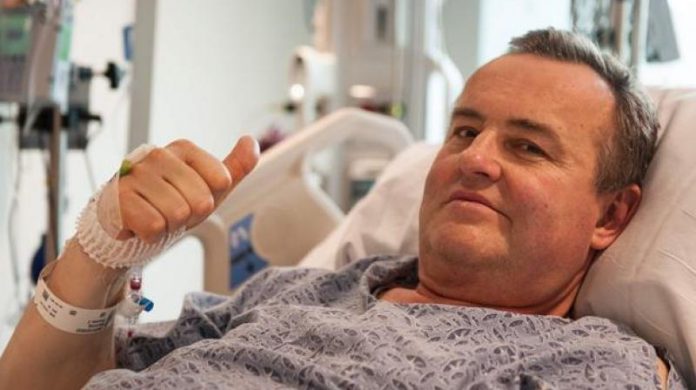 Thomas Manning, a 64-year-old cancer patient, received the first penis transplant in the United States, after a successful 15-hour transplant operation on May 8 and May 9. Four years ago, he had surgically removed part of his penis, after the doctor had found he had penile cancer. The organ for transplant came from a deceased donor.

The operation is experimental, and it was a part of the research program with the goal of helping combat veteran with severe pelvic injuries. Dr Dicken Ko, one of the lead surgeon, said there were three major goals of the surgery: to reconstruct natural- appearing genitalia, to allow the patient to urinate normally in next few weeks and hopefully to help him regain sexual functioning.

With the successful surgery they have already achieved the first goal, and hoping to achieve the other two in the coming days. Dr.Curtis Cetrulo, one of the lead surgeons, said: “emotionally Manning is doing amazing, and he wants to be whole again.” He does not want to be in shadow he added.

Manning in his statement said “ today I begin a new chapter in life, with personal hope and hopes for other who have suffered genital injuries“ we can also usher in a bright future for this type of transplantation surgery” he added.

The surgery was quite expensive costing around 50000-75000 USD, which does not include the salaries of the doctors, who donated their time. The cost of the transplant could be a barrier for the patients.

The operation is highly experimental- earlier it was experimented only twice, one in China in 2005. The operation appeared to be successful in the initial stage but the man asked them to remove his penis two weeks after the surgery as he was facing a psychological problem.

Another one in South Africa in March 2005, where the patient made a full recovery after the 9-hour surgery and later he regained all functions in the transplanted organ.