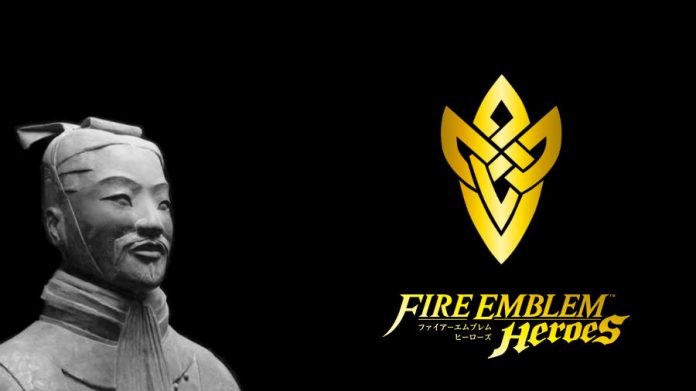 If you have been playing Fire Emblem: Heroes, you might have been struggling with some battles. So, we are going to draw inspiration from Sun Tzu, a Chinese military strategist and philosopher best known for “The Art of War,” to become the ultimate commanders and lead our heroes to victory.

This guide will focus on Combat. If you’d like to read about leveling up, inherit skills, or any other aspect of the game, please make your requests in the comment section.

In the Art of War, Sun Tzu talks about how to be a good leader, and while the book is useful for many things in life, we are going use to some of its principles to win every battle in Fire Emblem: Heroes.

General Sun Tzu praises the commander that places himself in a winning position before the fight begins. According to him, you must know yourself, the terrain, and your enemy so that you can make an accurate comparison. If the calculations say victory, you can battle.

So, we need information about the elements that have an impact in combat. We could separate them into three basic categories: Characters, terrain, and some variables.

The game gravitates around heroes, so it is very important to understand all their traits and disadvantages to always win our battles. Let’s begin with the color triangle.

Also known as the “Arms triangle,” this mechanic is the franchise’s trademark, and intelligent players will always respect it. Even though there are four colors, only three interact with each other, and it’s simple: Red beats Green, Green has the edge on Blue, and Blue is best against Red.

The support classes fall under the fourth and last category: The Colorless-type. They have offensive and defensive abilities that can give our teams the perfect complement.

Also basic, units can be ranged or melee depending on the weapon they wield. In total, there are eight types of weapon: Swords, axes, spears, tomes, staffs, beasts, bows and daggers. In the game, every attack is followed by a counter-attack if possible. With that in mind, ranged units cannot respond to melee attacks and vice versa.

Sun Tzu said that a good attack is like throwing rocks at eggs, the latter will definitely break. So, we need to charge the enemy when he is weak, but we need to avoid him when he is strong. For instance, if the nearest enemy is a red type, you should fight him with a blue unit.

The next best scenario is fighting on equal terms with your red hero but you must never fight in disadvantage, or you will probably lose.

The map is your fifth character

In Fire Emblem: Heroes, the terrain plays a significant role in battle. Since they adapt to cellphones’ screens, they are taller than they are wider, and you can use squares (Sq) as a measure unit. So, every map is 8 Sq tall and 6 Sq wide.

There are different types of terrain including standard fields, forests, mountains, removable obstacles, and sea, among others. The battlefield per se is not that important, but understanding how units interact with them is crucial. There are three things you need to know:

All heroes that go to battle on foot can enter forests, but they limit their range of movement by 1 Sq. There are obstacles you can remove by attacking, and characters are also part of the scenery.

A good position will let you pit your heroes in battles where they have the adantage. If you can also place the support next to him, it is much better. However, if you can also switch between types of character by, for example, moving the flank to the vanguard, you will be unbeatable.

Show me your moves, and I’ll exploit your weakness

Infantry: Heroes like Chrom and Lachesis fall in this category. They go on foot, wear light armor, and they can move up to two squares in any direction. They cannot jump over walls nor go through the mountains, but they can walk through forests.

To do so, they need to be next to it because of the movement limitation. For example, if Chrom is one square away from a bush, he won’t be able to enter it.

Armored: Like Gwendolin, this kind of warriors wear thick armor which makes them the ultimate tanks for physical combat. They usually have a lot of HP but can only move 1 Sq in any direction, and they can enter forests.

We can use that as an advantage because even though they outperform conventional units, they are vulnerable to magic. If you can put an obstacle between your mage and the enemy tank, you can get a free shot.

Cavalry: Heroes like Eldigan and Leo prefer to fight on top of their trusted horses. They can move up to three squares in any direction, and they usually have the upper hand on infantry units.

However, they can only move through regular fields which mean even forests block their path regardless the distance. That makes their movement pattern predictable, so they can be easy to counter.

Fliers: Heroes that mount a Pegasus or a Drake are the most flashy characters of the game, but their pets are not just for show. They move up to 2 Sq in any direction regardless the type of terrain. There are few exceptions to this rule like the pillars at the Grand Hero Battle: Michalis map. He and his sister Minerva proudly represent fliers.

They are the ultimate head-hunters because of their maneuvrability. However, they are incredibly vulnerable to arrows, so you can shot down any number of them with a well positioned archer like Jeorge. However, keep your distance because fliers are usually heavy hitters.

Sun Tzu said a good army is like a two headed snake. If you strike one of its heads, the other will attack you. And, if you attack the middle, you will have to defend from both of them. Move your units so that they can always cover each other.

Tactics are no match for Strategy

Even though Fire Emblem: Heroes is a fairly balanced game, there are abilities, weapons, and a couple of OP characters that can ruin your plan. However, knowledge is power and tactics are no match for strategy.

Everything begins when you select your battle. Whether it is at the Training Tower or at Story Maps, the game gives us a lot of information in advance. For instance, it tells us the average levels and Star Rank of our enemies, their colors, and what type of weapon they use.

So, if we see a couple of bow users, we don’t go to battle with a team full of fliers. Instead, we go to team edit and select the members that will give us the edge. But, in the army there is a saying: “No plan survives the battlefield.”

When the fight begins, the first thing we have to do is tapping on the “Danger Area” icon. That will tell us the attack range of the opposing platoon. It can change if they remove an obstacle, so be careful with your calculations.

Then, we tap on the enemy units to see their levels, stats, ranks, weapons, and abilities. We also get the individual range of attack and motion. For more information, we can tap the “+” symbol on their picture, and it will take us to a character screen.

There, we can read the abilities’ description by tapping on them, and this is the last piece of information we need to decide the course of the battle.

In the Fire Emblem Lore, nobles’ weapons have names and special abilities. For instance, Ryoma wields a sword called Raijinto that enables him to counter ranged attacks. Michalis does not have to worry about archers because of an ability called Iote’s Shield which cancels the vulnerability to bows.

Other abilities will let a unit move next to an injured ally regardless the distance while there are skills that can change the position of another unit before or after combat. And then, there are the specials. Specials can be either offensive or defensive, but they are aways relevant.

There are too many abilities to list here, but if you want to, we can make a separate article on the issue.

Even though we cannot use spies to scout the situation prior to our arrival like Sun Tzu would suggest, the game gives us enough information to be victorious most of the time. Here are things we must always consider once the battle starts.

There is much more to say about combat, but the article is long enough as it is. These suggestions may or not apply to the Arena. If you have any suggestions or simply want to brag about your team, leave a comment so that we can watch your prowess. Here is my roster: