EA Sports’ FIFA Mobile latest update is out for iOS and Android. The app comes with a complete overhaul for the Ultimate Team mode in which players contest each other to win Attack Mode live events.

The update introduces some new methods designed for the way people tend to enjoy games on smart devices. As usual, fans can play with their favorite clubs or players while building up their Ultimate Team, but EA added more emphasis on quick action and daily events.

More so, the publisher shrunk down the game so now it is only a 100MB download. It means the app can reach players around the world who may have slower 3G connections, which is a common problem in some countries were both soccer and mobile gaming have a strong presence.

It likely required a lot of engineering tricks and sacrifices like cutting out voice commentary. But it welcomes global audiences of soccer fans that had no way join the fun.

The mode sees players create a team by completing challenges, playing mini-games and participating in live events. The tweak is that even when players select the square of 27 superstars, they cannot choose the titular 11, but rather a formation and tactics, while the game automatically chooses the team. 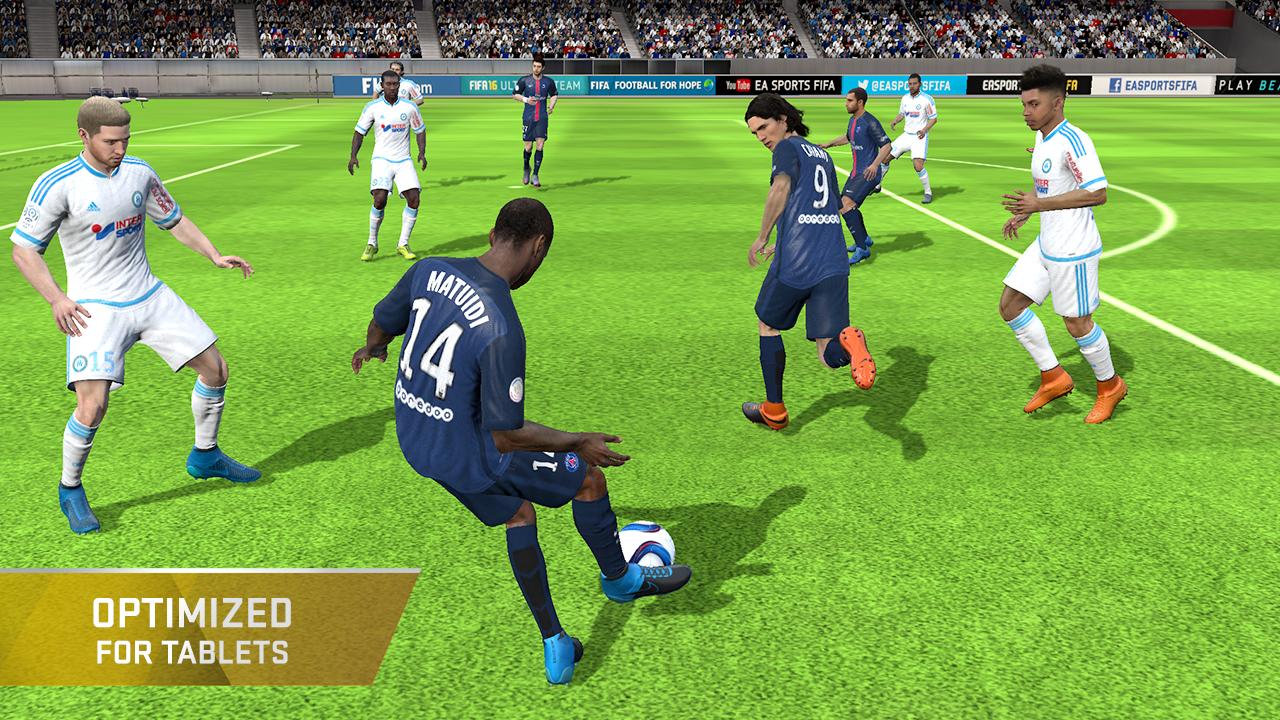 Playing the multiplayer mode and live events also award coins to keep boosting the team. Players can also test their squadron in a new social experience that lets users join forces with friends around the world to compete in leagues and championships.

Attack Mode is the core of the multiplayer game

Attack Mode is a turn-based quick match where fans must score as many goals as possible across various scenarios before sending off the challenge to an opponent.

The feature adds daily events, a way for EA to continuously add new content based on real events happening in the world of soccer and keep fans coming back.

FIFA Mobile Football is a free download on both iOS and Android. Also, FIFA 17 Super Deluxe bundle is out for Xbox One, PS4, and PC with a price tag of  $99.99. The package offers 40 Ultimate Teams, Team of the Week loan players, and other premium content.