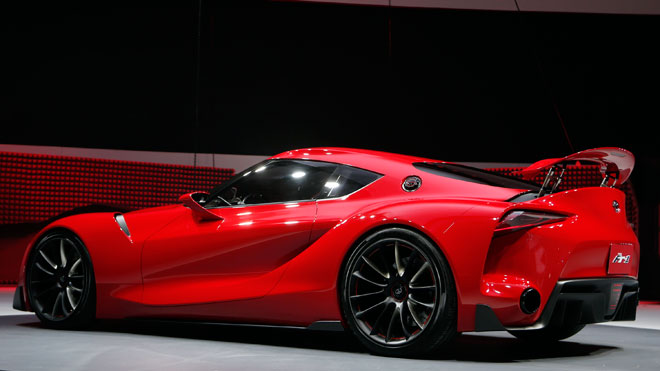 Fiat Chrysler has been given the corner part at this year’s Detroit Auto show, but the automaker couldn’t be happier with this arrangement.

For the first time in 15 years, the display for the automaker has shifted to the North West corner of the Detroit’s Cobo Center, from the center of the floor.

The result is quite in favor for the automaker, as it will have more floor space, 60,000 square feet to be precise, as opposed to the 52,000 square feet in 2014, resulting to more cars on display than the previous year. More specifically, 69 cars will be available this year as opposed to last year’s 62 and also a once-an-hour multimedia light show that is sure to take the show for FCA to another level.

The display, which has been dubbed the Gear, makes extensive use of 10,000 feet worth of video and LED displays to showcase each brand of the automaker in the USA, including Mopar. For about 40 minutes of each hour, the setup that included screens and displays will be used to highlight each individual brand in their own individual display space. During the next 20 minutes, all the metal rings and screens will come to live along with rotating displays that are programmed to mimic cogs in a large interwoven gearset.

During the show, each of the brands will be eligible to two and half minutes of airtime during the 20-minute set that will be used for pushing combined messages of Jeep, Chrysler, Dodge, Ram, Fiat, Alfa Romeo and Mopar each.

George P. Johnson, an experiential marketing company that was responsible for the Jeep Test Track, was head of design for the display. The large metallic rings that are used to mimic gears are built in the United Kingdoms and are, according to the FCA officials, brought to Detroit from London in the cargo holds of seven 747.

According to the organizers, $200 million has been invested by other automakers for new displays.