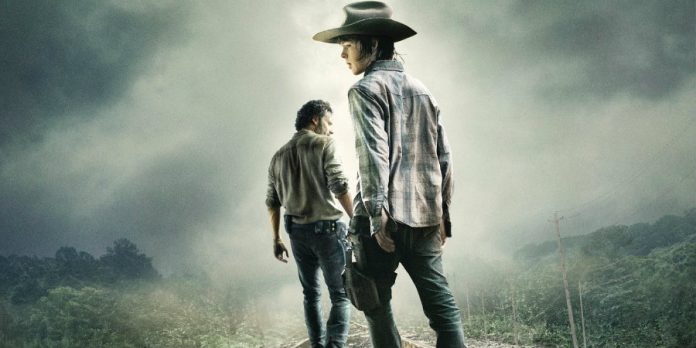 This panel was moderated by Chris Hardwick, who present a new trailer for the next episodes. The preview highlighted a scene in which a person sacrificed himself willingly to a group of zombies in front of a crowd.

The second part of the second season will have the characters trying to survive on land after the disastrous boat trip they had at the beginning of season 2. The new scenario will include more Mexico’s landscapes, and it will have Nick trying to reach Tijuana.

“We’re really going to see a lot of things that you probably have never seen on television before during the zombie apocalypse,” said Gale Anne Hurd.

The show will return to T.V. on August 21, for the second half of season 2.

Fear the Walking Dead is struggling with ratings. When the show premiered last year it had a total score of 10 million viewers, since then it has fallen to about 4 million viewers by the time of its 2016 spring finale.

Regarding the original show, The Walking Dead’s trailer for the upcoming season of AMC Drama series was revealed at a Comic-Con panel today.

The biggest concern show’s fan have who was killed by Negan at Season 6 Finale. Although that information will be revealed in the next episode, the trailer showed each potential victim’s face followed by a series of flashback scenes. There are scenes about Glenn and Maggie, Rick and Carl, Daryl and Judith, Abraham and Judy, and so on. After all those clips there is a scene of Rick saying “As long as it’s all of us, we can do anything.”

During the trailer, they also introduced important characters from the comic like “King” Ezekiel and the community known as “The Kingdom.” The 3-minute extended trailer did some catching up with characters like Morgan, Carol, Dwight, Tara and Enid.

None of the characters kneeling before Negan on the latest episode is seen during the footage.

Greg Nicotero is set to direct the first episode of Season 7. Nicotero is currently the show’s co-executive producer, director, and special makeup effects supervisor. However, he has also directed several episodes such as Judge, Jury, Executioner from season two, when Dale meets his unfortunate end and This Sorrowful Life (season three) when Merle and Daryl Nixon go head-to-head in an emotional brotherly meeting.

During the panel, Hurd also disclosed that some “non-human” characters would join the show, during the trailer it was revealed that one of them would be Ezekiel’s pet tiger.

The Walking Dead Season 7 was already announced to be premiered October 23 on AMC. This season will be 16 episode long with the first eight airing after this fall and then followed by the last eight beginning in February 2017.