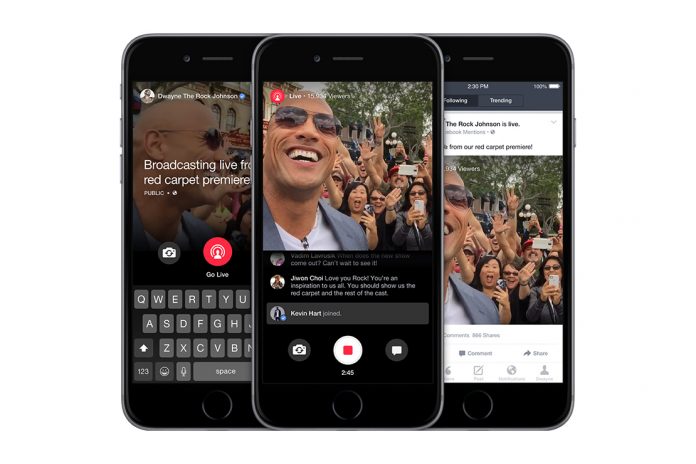 A live streaming showdown is bound to happen. We will have to see who wins the battle, Twitter and Periscope with a separate app and replays that can only be watched for 24 hours, or Facebook Live with its feature integrated into the popular social network and allowing replays that can be watched whenever you want.

With more than 5 months of slow rollouts and tweaks, Facebook is finally opening the Live feature to all the iPhone users in the U.S. So, now, if you are an iPhone user and live in the U.S. you will get to see and use the Live button beside ones for photos, stickers, and locations once you go to update a status. The Android variant is still on its way.

Facebook had started small with its Mentions app, first allowing use by just big celebrities, then opened Live to journalists and public figures, then brought on Verified Pages, and now is finally equipping all U.S. iPhone users.

The question at this moment regardless the ephemerality of Periscope and if it makes people more comfortable and less self-conscious broadcasting, and feel more urgently compelled to watch the streams. On the other hand, the larger audience and permanent replay options with Facebook’s alternative may garner the attention of the celebrities and public figures, over time.

Notifications have changed quite a bit as well. Periscope sends notifications to all the contacts that you have on the platform, which is basically your imported Twitter follow graph, whereas Facebook, on the other hand, sends notifications only to close friends or people that have interacted with a celebrity or Page recently.

Last but definitely not the least, there is a major difference in how you will find your feeds. Periscope allows the user to play the feeds in-line means, hence, it’s easy to find them right when they start. However, when the stream drags on, the URL will only be discoverable if someone reshares it. Facebook’s filter is majorly disappointing. It is worth mentioning though that if a stream accumulates lots of viewers and feedback, FB can automatically push it higher in the feed so it’s more visible.