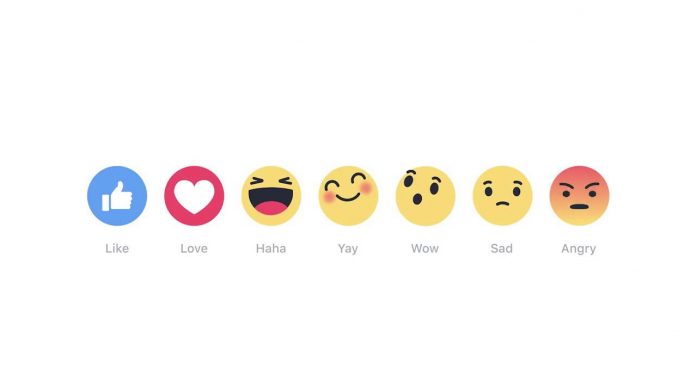 Bored of using the regular emojis on Facebook, the company has a good news for you. Facebook has just introduced an entirely new set of emojis to express your feelings in a broader way, and not just limiting to the conventional like button.

Instead of just the like button, users will now get emojis like “Love,” “Haha,” “Yay,” “Wow,” “Sad” and “Angry.” The update is currently available for users in Ireland and Spain only. Facebook will roll out a worldwide update after studying about the usage of these emojis.

Along with these emojis, the global update might as well include the Dislike button. “People have asked about the dislike button for many years,” Zuckerberg, CEO Facebook said last month. “We’ve finally heard you, and we’re working on this and we will deliver something that meets the needs of the larger community.”

The Irish and the Spanish people woke up to this update first thing in the morning and noticed their like button replaced by these additional emojis. The reason for choosing these two countries only for testing is that is mostly English-speaking while Spain allows Facebook to test out the response of wordless emoji play with non-English users.

Emojis will be available on mobile and desktop versions of the app as well as for all posts in the News Feed from friends, or Pages you follow, or the advertisers in your area. However, there are no plans to include it into the Messenger app by Facebook.

Adam Mosseri, Facebook’s director of product, says that typing on mobile is difficult, and people often tend to be too lazy to type something. In such a case, these new emojis will come handy to them because the like button couldn’t express people’s feelings precisely.

Although there were rumors about the Dislike button, we might not expect it anytime soon in the future, but these additional emojis will soon be available to everyone after undergoing testing phase in the aforementioned countries.