The official code-name for this new device is Project Santa Cruz. The company did not mention when the schedule release is or how exactly this new set will work in the future. Also, due to privacy reasons, visitors could not take any pictures when testing the device.

The headset is rudimentary and only has one handheld and the VR glasses. To prove this point, reporters mentioned that most of the internal components of the glasses are visible in the back whiteout no protection. This appearance is because the cooling systems do not work as they intended according to the developers. 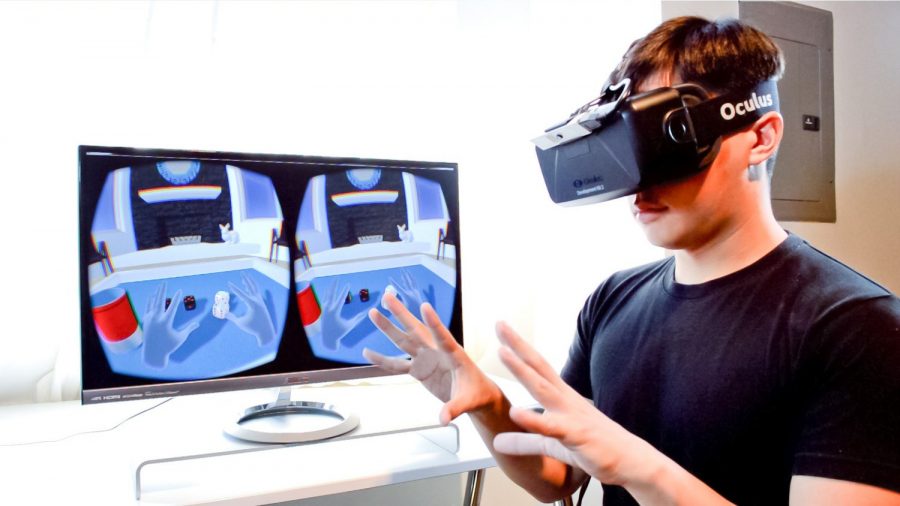 Facebook’s CEO explained during the conference that Project Santa Cruz takes the best from VR and blends it with the freedom of having no wires. He then proceeded to talk about the concept behind the glasses. Facebook’ developers just added four cameras to the front and then inserted the GPU, the graphic card and battery to the back of the headset.

The system is still under development, but Mark Zuckerberg feels pleased with the results so far. To prove his point, he invited visitors to try the VR set with the two available scenarios. However, Intel and Qualcomm are also developing similar devices with wireless compatibility.

All projects are still in their early stages due to the difficulty of fitting an entire computer in the back of a headset, mentioned most journalists that attended the event. Nonetheless, they believe that this concept is promising and is the future of VR.

Project Santa Cruz already has some beta games under development

During the conference, people could explore two different scenarios with the Santa Cruz VR. The first was a city in flames with interactive fire and citizens. Most of the people and cars that are featured in the city looked pixelated, but their movement was very natural.

The second scenario was a simple walk in outer space. This one featured a lot more colors and different sized planets to look from afar. The 3D design and the zero gravity sensation are the main features of this second game.

However, other games feature similar interactive systems, and Facebook hopes that Santa Cruz will support them in the future. A good example of this is Killing Floor Incursion, which features complete compatibility with VR systems and their controls. The game even has special features for players who choose to try the Virtual Reality experience with it.