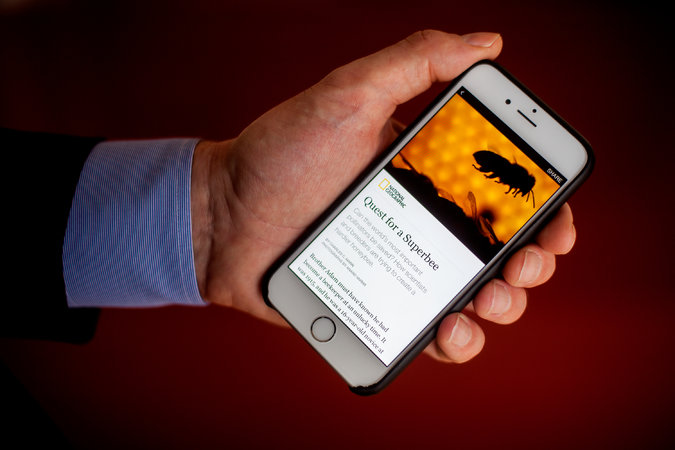 Facebook first added its Instant Articles feature in May, as a new way for publishers to create fast, interactive articles on Facebook.

However the access to that feature was limited only to a few hundreds of publishers around the world. Now, starting April 12th, the company will be turning the Instant Articles format into an open platform for any publisher to use.

When the whole idea first started, Facebook presented it to its partner publishers, as an opportunity to get their posts loaded significantly faster through the company’s app, rather than using a web browser. Since it proved to be beneficial for both parties – by allowing publishers to get more of their material across to the world on the one hand, and helping Facebook reach out to more potential users on the other – the open platform can now be widely used be each publisher separately, using Facebook’s documentation.

Josh Roberts, Product Manager at Facebook, posted an announcement on media.fb which reads: “We built Instant Articles to solve a specific problem—slow loading times on the mobile web created a problematic experience for people reading news on their phones. This is a problem that impacts publishers of all sizes, especially those with audiences where low connectivity is an issue.”

“We’ve made it easy for publishers to join by building a system based on the tools they already use. Instant Articles uses the languages of the web and works with publishers’ content management systems, and we have documented an open standard that is easy for publishers to adopt. We encourage all interested publishers to review our documentation and prepare for open availability in April.”

On the downside of Instant Articles platform, the sterilized design format along with Facebook’s policy on ads – “Each ad must be separated by a minimum of 350 words. If your article consists primarily of images or media, ads must not exceed 15% of the content.” – there is a significant impact on publishers. More specifically, the Wall Street Journal reports some publishers are now earning as much per click to an Instant Article as to a traditional page. But that doesn’t factor in the decreased likelihood of subsequent page views. The 350 word/15% rule applies to these “house ads” that promote a publisher’s own content or monetization.

Simply put, while publishers may see more clicks on their posts through Instant Articles, secondary clicks or monetarization opportunities are more likely to be reduced.

Do you have any thoughts on Facebook’s Instant Article and the company’s ads policy? If so, let us know in the comments below.