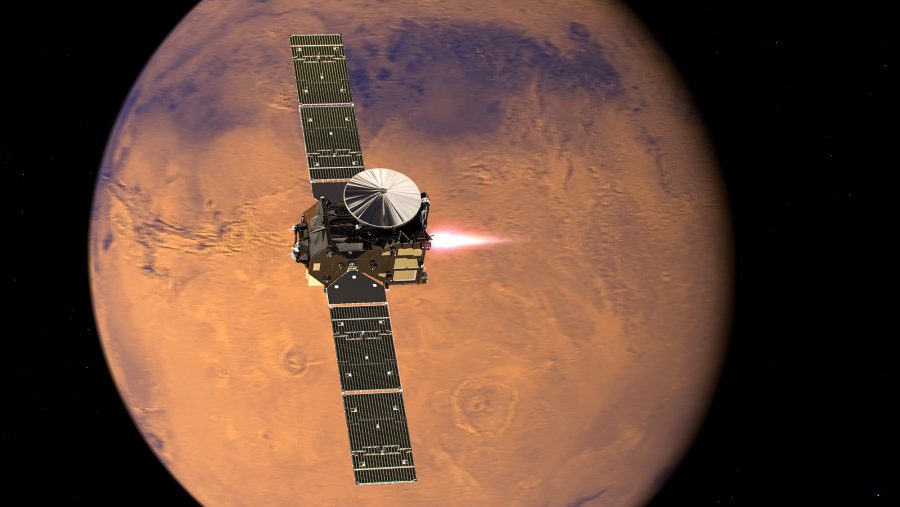 On Tuesday, the European Space Agency (ESA) received the first images from ExoMars’ TGO spacecraft. The pictures show incredible detail of Mars’ surface features, and the agency hopes they serve as leverage to gain approval of budget funds later this week.

The TGO images of Mars arrive a little over a month after the probe’s stationary lander module detached and crashed into Mars. NASA’s Mars Reconnaissance Orbiter captured images of the Schiaparelli wreckage to confirm it was destroyed.

The ESA is not the only one hard at work on new missions either. NASA just announced the final phase of the Cassini-Huygens mission, which will have the spacecraft explore the outer edges of the primary ring system of Saturn before dying out on the gas giant.

ExoMars’ first look at Mars turns out better than expected

Leading ESA scientists have praised the images of the TGO orbiter not only for its quality but also for the remarkable achievement they represent. The whole Mars approach was supposed to be just little experimentation.

The Trace Gas Orbiter has been orbiting Mars since October 19 and making basic approaches to the visible surface of the planet on a four-day basis.

The latest orbits of the spacecraft were but opportunities for instrument calibration and testing, yet the cutting-edge CaSSIS camera still managed to take more than amazing pictures of the Red Planet.

CaSSIS (Colour and Stereo Surface Imaging System) is the onboard camera mounted on the TGO spacecraft. Prof. Nicolas Thomas of the University of Bern was the leader of the developing team behind the optical system.

“The first images we received are spectacular – and it was only meant to be a test. A lot of public attention has been on the failed landing of Schiaparelli, but TGO has been working well, so we have been extremely busy last month,” Thomas said.

Prof. Thomas further put in perspective the sheer scale of the ExoMars achievement by comparing it with a referent here on Earth. If we were to capture a similarly sharp image here, we would need to do so at speeds of 15,000 km/h.

The first images from the ExoMars mission couldn’t come at a better time for the European Space Agency, as its members are scheduled to assemble on Thursday and Friday to discuss budgetary issues.

The ESA on its core wants to back missions and programs that put it back on the ISS and take endeavors like ExoMars even further. To achieve this, executives are proposing an $11.6 billion budget for 2017.

In contrast, this year’s budget consists of approximately $5.8 billion. The money doubling would primarily go to continuing currently ongoing missions and push forward the development of new ones. The ESA also wants a more prominent role in international collaborations with other agencies in the ISS.

The trouble is that much like the European Union itself, over 20 members make up the ESA, and the majority needs to approve budgetary measures for them to come to fruition.

ESA members will gather in Lucerne, Switzerland at the end of the week to further talk about the future of the agency and its space endeavors.