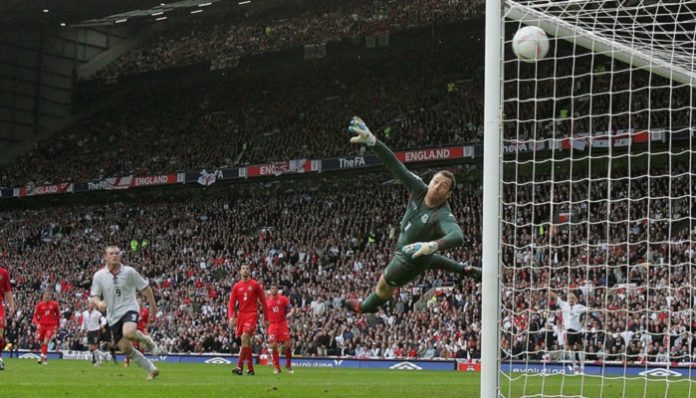 One of the most anticipated matches of the Euro Cup came to an end with England beating their derby rival Wales 2-1 on June 16. Gareth Bale put Coleman’s men ahead from a 35 yard free kick when the first half was at the cusp of an end.

But half-time sub Jamie Vardy and Daniel Sturridge came through with the confidence shown by manager Roy Hodgson and netted a piece each.

Vardy equalised in the 62nd minute and Sturridge found the back of the net in stoppage time.

The Leicester City striker who was the Premier League player of the season was benched in a shocking move as the England manager chose to put veteran striker Wayne Rooney ahead.

Menacing England continued to display the same aggression that they did against Russia, who now may be facing an early exit because of unruly behaviour by the hooligan fans.

The Welsh struggled to get out of their own box after the first half, as their rivals gained some rhythm, especially in the second half.

England’s attack was more often than not constructed on the right wing with Kyle Walker causing serious threats with his pace.

Putting bodies on the line worked only so much as the English front men kept pressing, and just as well, it was rewarded when the former Chelsea striker drove one past the near post from a Dele Alli flick.

The touch prompted massive celebrations from the English bench and stands.

A draw against Russia had put some doubts in the minds of the fans but, with this victory England have now moved to the top of Group B and will be guaranteed a place in the last 16 if they manage to get at least a draw against Slovakia who are now levelled with Wales with three points a piece.