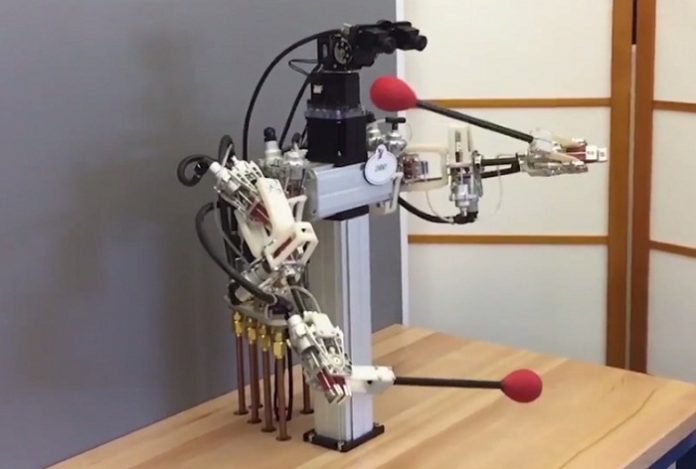 A robot which has joints and could mimic human movements with grace and finesse seems possible in the coming years.

A team of four authors attached with Disney Research has announced the development of a robot which can work autonomously.

It could be remotely operated by someone who can see everything through the robot’s “eyes.” The robot’s hands are as sensitive and responsive to its surroundings, like a human.

The development of the robot took almost two years to materialize, and scientists associated with the project are in the process of finding a practical application for their creation.

The discovery could have wide application, especially in surgery and in needle biopsies. Today the needle biopsy process require hospitalization where the patient is put on an MRI machine, scanning, taking them out, re-inserting the needle, scanning again, and so forth.

The latest technology will enable the surgeon to carry out the process almost live. The robot could also be used to handle dangerous radioactive substances without any risk to humans.

The robot uses the latest hydrostatic transmission combines hydraulic and pneumatic lines. The transmission is almost frictionless and offers good precision and dexterity much akin to a human hand. The robot is so good that it can thread a sewing machine.

Hybrid transmission also enables the reduction of bulky hydraulic lines so common with today’s robots to the barest minimum.

The different parts of the robot like its all important arms can now be made lighter and smaller. Most robots today have two hydraulic cylinders, balanced against each other. The scientists have replaced the water-filled cylinder with an air-filled cylinder instead.

It is time for the robots to become smaller and more human-like, instead of the serpent-like robots we are so accustomed to in factories.