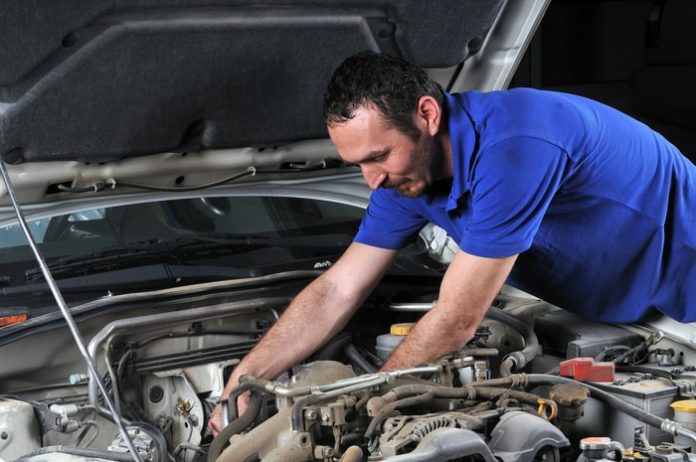 Most cars run on gasoline, and as such, if you need a repair, you will often look to an automotive mechanic with experience working with vehicles with gasoline-powered engines. However, it’s worth noting that many mechanics get their degrees from automotive and diesel repair programs that offer students an understanding of both types of engines. This sets students up for greater success in the field of mechanics, as they have a wider knowledge of how various engines work. While that is great for the mechanic, as a consumer, you may be wondering whether or not a diesel mechanic is qualified to work on regular cars. Here’s what you need to know about diesel mechanics.

What a diesel mechanic does

As the name suggests, a diesel mechanic specializes in vehicles powered by diesel engines. Diesel engines are generally more powerful than vehicles and machinery that use gasoline to power themselves, so often a diesel mechanic is associated with working on heavier, larger vehicles and machines. Frequently, they are employed in the transportation industry, since that is where larger buses, semi-trucks carrying cargo, and even postal service vehicles are using diesel engines. Diesel mechanics may also service and repair vehicles in the agriculture and construction sectors; cranes, excavators, tractors, and steam rollers are also all powered by diesel. When servicing any of the vehicles mentioned, a diesel mechanic will work to diagnose and identify the problem before implementing a plan to remedy the issue, just like any other mechanic would approach solving a vehicular issue.

How a diesel mechanic is different than a traditional auto mechanic

Besides the fact that a diesel mechanic traditionally works on larger, more powerful vehicles, there are other key differences between approaching a mechanical problem with a diesel engine versus a gasoline engine typically found in an automobile. While diesel-powered and gasoline-powered engines both function through internal combustion, there are some differences between the two engines that necessitate a different skill set. For example, a diesel engine does not have a spark plug like a gasoline engine, and diesel engines also use direct injection when it comes to fuel intake. This makes the fuel injector one of the most complicated parts of a diesel engine, part of the reason why some mechanics choose to specialize in vehicles powered by diesel. A diesel mechanic also focuses more on the mechanical concepts at play, while an automotive mechanic may have more technical knowledge. This is because diesel mechanics are also frequently employed in industries beyond traditional vehicular mechanics. Diesel engines power heavy machinery used for deep sea oil drilling, as well as other industrial equipment, meaning a diesel mechanic may have to apply their knowledge to industries that don’t ever touch the road.

What happens when a diesel mechanic works on cars

Because of the breadth of knowledge many diesel mechanics possess, it is generally fine for a diesel mechanic to work on a gasoline-powered engine. That being said, if you’re driving a Volkswagen from an award winning VW dealership that is powered by a diesel engine, you’ll want to make sure that a diesel mechanic is assessing your vehicle. While Volkswagen may be one of the most famous for using diesel engines, plenty of other manufacturers, like BMW, Chevrolet, Dodge, Honda, Jeep, and Toyota also manufacture cars that rely on diesel engines to provide consistent, excellent performance.

Also, it’s important to note if you’ve suffered injuries, property damages, or other losses after a car accident, and that accident was caused by faulty mechanical work you’ve had done, you should contact a car accident attorney in Savannah to help you hold the right party responsible, potentially including the mechanic.

As more and more car manufacturers choose to create models powered by diesel, it’s going to become even more common to see diesel mechanics working on cars, too. The important thing to remember is that depth and breadth of knowledge are the most important characteristics to seek out in an auto mechanic.