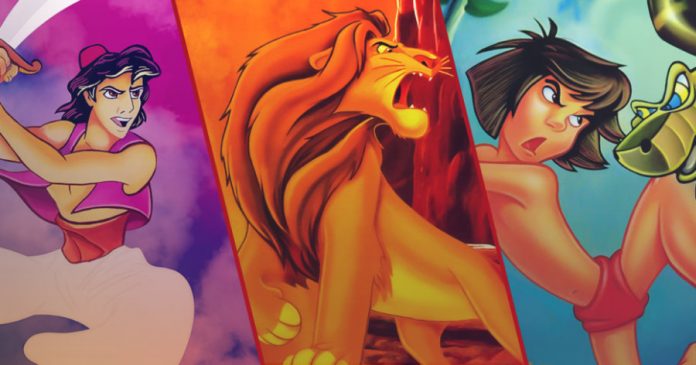 Retro-gaming website GOG.com has announced that Disney 16-bit classic video games The Lion King, Aladdin, and The Jungle Book are available for download.

These are three of a bunch of Disney titles released in the 90’s in a collaboration between Virgin Interactive and Disney for the Nintendo SNES and Sega Genesis.

This is not the first time GOG.com and Disney made a team up for releasing a remastered version of classic games. Back in 2014 two Star Wars games of the 90’s were released as part of this team up: Star Wars: TIE Fighter and Star Wars: X-Wing.

This release may work for calming retro gamers waiting for the release of the upcoming Nintendo NES Classic Edition, which is a miniature version of the classic console of the 1985 and compatible with modern day TVs.

Two decades after their release and they are still praised

The three games were released after their respective films with some levels of them being based on scenes from the movies.

The platformers come with their original gameplay, sound, and graphics and were optimized to be compatible with Windows (XP, Vista, 7, 8, 10), OS X (10.9.0+) and Linux (Ubuntu 14.04, Ubuntu 16.04) preventing framerate problems and controller issues. No word about compatibility for Microsoft’s Xbox One, Sony’s PS4 or Nintendo’s Wii U has been given.

The retro gamers will be able to have this games for the cost of $9.99 each and for the moment they have a 10% discount or 33% discount for the purchase of the three which ends up being $19.99 total.

For the launch, a poster and a trailer were released.

The most famous of them three

After the release of Disney’s classic Aladdin in 1992, the film inspired video games houses to create a game based on the movie.

There were two games of Aladdin at the time, one for the Nintendo SNES and one for the Sega Genesis, the version released by GOG is the one co-published by Sega, that was praised as the superior. Those 90’s kid who could play it, would be able to remember the difficulty of the game and relive it in this PC version.

Go bananas! Get your paws on the re-released Disney 16-Bit Classics here: https://t.co/6VsWqMaxZ6https://t.co/RJY31CJleV

Between the three of them, Aladdin was highly appraised by gamers but The Jungle Book and The Lion King did not get the same reception. And even with those mixed thoughts about the games, they are still considered great examples of platform video games and for having very good graphics for their time.