Sid Meier’s Civilization VI was released this Saturday, October 22. Fans are getting the first impressions of the title, and both critics and gamers welcomed the game with much better reviews than previous Civ V.

The latest entry continues to be a turn-based strategy game.  It features 500-turn battles against friends, AI, or both. The goal is to grow from a small tribe to a powerful empire from the Stone Age to the Information Age.

Overall, new features provide a for a more complex gameplay, like leader traits for each civilization, terrain-based-city building; or wonders, settlements, and districts new to the sequel.

Each director brings a myriad of abilities and special bonuses to the game. Some of them include Qin Shi Huang, Queen Victoria, Philip II or Gandhi. They bring a unique set of advantages to gain an edge over the rivals.

Historical leaders like Theodore Roosevelt will represent and boost AI opponents, and they will have hidden agendas that will influence how the player interacts with them.

Developers also revamped the technology three and called it “Active Research.” It unlocks improvements that will speed the progress of the civilization through history. 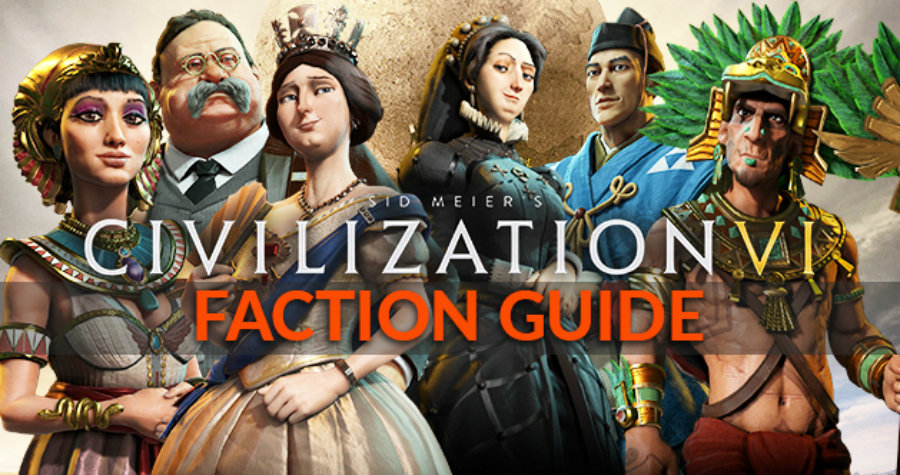 Active Research will mostly affect the Dynamic Diplomacy system, which will change over the course of the game, from first interaction to late game negotiations.

Players will meet a new building system that revolves around districts. Rather than developing invisible buildings inside settlements, players will have to micro-manage city upgrades in the area.

Players will be able to build districts near their cities, but they need to meet certain requirements, and there must be space available around the settlement.These areas generate bonuses, like extra gold, culture or science. More so, the addition of the

More so, the addition of districts allows players to build custom cities and take full advantages of local terrain and makes gameplay feel rather different than previous installments.

For instance, critical game information about cities and citizens displays without having to click a single menu. There is more detailed info (like a city’s population growth rate) that peeks with colored boxes and other smart visual tricks.

Interface tweaks add a district panel and a deck of card-based government policies. Meanwhile, the new features are core to the gameplay so the player could not ignore them.

Civilization VI is out solely for PC. Starting price is $59.99 on digital retailers, including the Steam store.  Minimum specs are Windows 7 64 bit, Intel Core i3 (or AMD Phenom II), 4GB memory RAM, 12GB storage, and 1GB Directx 11 video card (like a Nvidia 450.