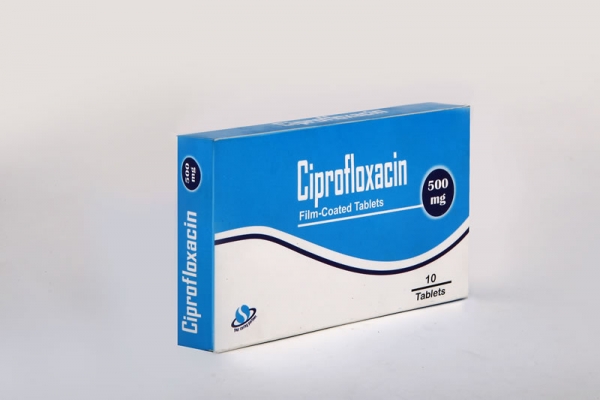 What if you had the chance to change your medicine or physician, and it changed the course of your life? Would you do it? A few popular antibiotics affect DNA, similar to some chemotherapy agents. If you are sensitive to them, you could pay a neurological price that causes sudden and serious neuropathy and brain damage. Here is everything you should know about Ciprofloxacin Side Effects.

Antibiotics, also known as antibacterials, are types of medications that destroy or slow down the growth of bacteria. Although antibiotics are important drugs that restore health and save lives, but like all drugs, they can have unwanted and serious side-effects, resulting as a threat to global public health.

Such is the case with an important class of antibiotics known as fluoroquinolones. The best known are Cipro (ciprofloxacin), Levaquin (levofloxacin) and Avelox (moxifloxacin).

The food and drug administration is concerned about drugs in the fluoroquinolone class, and these already have a black-box warning for an increased risk of ligament ruptures.

Learning about some of the ill-effects of Ciprofloxacin — an antibiotic that belongs to the family of fluoroquinolones and is used to treat a number of bacterial infections — will surely help you take better care of your health.

The drug works by preventing bacteria from reproducing. Doctors prescribe Ciprofloxacin to treat infections caused by various species of bacteria.

Some of the most common infections treated with Ciprofloxacin are:

Lately, an abnormal increase in prices of active pharmaceutical ingredients (API) has been recorded, which is likely to reflect in the retail prices of formulation brands, forcing consumers to pay more for these drugs. The leading brands in the paracetamol segment are; Crocin and Calpol, while Ciplox and Cifran are leading brands of Ciprofloxacin.

This implies that there has been a rise in the consumption of these drugs, which makes it vital for people to understand some of the most prominent side-effects of Ciprofloxacin.

Most and Less common Ciprofloxacin side-effects

Stop taking this medicine the moment you find these signs and consult your doctor.

Fluoroquinolones have fluoride as a central part of the drug. Fluoride is a known neurotoxin, and drugs with an attached fluoride can penetrate into very sensitive tissues.

The fluoroquinolones have the unique ability to penetrate your blood-brain barrier, entering your brain and damaging your central nervous system.

It may also cause problems with bones, joints, and tissues around joints in children. Hence, it should not normally be given to children younger than 18 years of age.

Latest studies reveal that nearly one-third of the prescribed antibiotics are inappropriate for the conditions being treated. Such misuse has helped fuel the rise of antibiotic-resistant bacteria, which infects people leading to millions of deaths each year.

Antibiotics are most misused in the treatment of short-term respiratory conditions, such as colds, bronchitis, sore throats, sinus and ear infections.

While just about every drug on the market has some potential side effects, most are transient and tend to cease when the person stops taking the drug. However, when it comes to Ciprofloxacin, this is not the case. It has the potential to cause serious, permanent injuries and even death.

Guidelines you should keep in mind before taking Ciprofloxacin

Given their potential to harm, they should be reserved for treating only the most serious severe infections that won’t respond to any other treatment, by keeping the following guidelines in mind:

By taking an antibiotic as prescribed, you can get well faster and help prevent germs from becoming resistant to your medication.