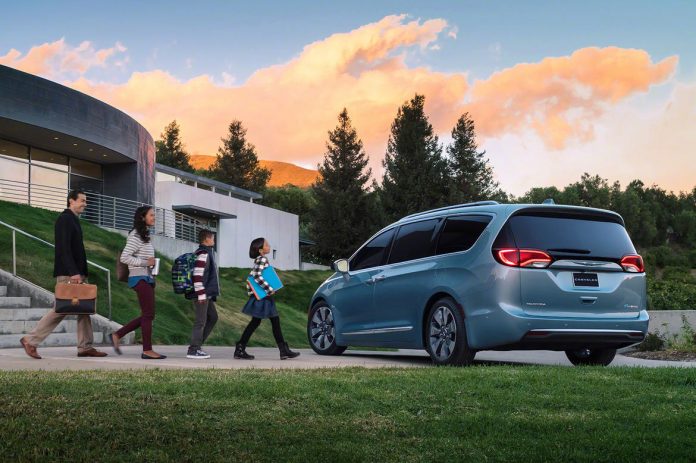 Dramatic redefinition is what Fiat Chrysler Automobiles is looking for with its new Chrysler Pacifica and its hybrid version. Their plan is to re-energize a segment that has lost more than half its sales in the past 15 years of operation.

FCA has taken a surprising decision of dropping the Town & Country name and plans, and has revived the Pacifica name in the North American International Auto show in Detroit. This name change is a big gamble by the automaker, as the Town & Country brand had helped them retain their position as the king of minivans for nearly a quarter century.

When approached for comment on the change of the name, Tim Kuniskis, head of Chrysler, Dodge and Fiat said, “Sure, it is absolutely risky to change the name, but that’s how confident we are.” He further added, “We wanted to change the name so that you think, ‘this is new, this is fresh, I need to check this out and forget the perception that I had about the previous minivan.”

The Pacifica has changed dramatically when it comes to the overall look and feel of the vehicle and the adaptations hide the sliding doors, making you forget that you are looking at a minivan.

Dave Sullivan, an auto analyst for Auto Pacific, mentioned about the car “This is a fairly monumental leap. This is no evolutionary change.” He also added, “Inside, the materials … and buttons, switches all feel very nice and very high quality, and they really have gone all-in on rear-seat entertainment.”

It is quite clear that the automaker has poured every ounce of its energy and research and development capability into the making of a new design and packing the minivan with innovative features that will allow Chrysler to leapfrog the competition easily for the next couple of years.

Under the bonnet, the Pacifica is equipped with a 3.6 liter, V-6 Pentastar engine, that produces 287 horsepower and 262 pound-feet of torque. Do keep in mind that the engine has been redesigned.

As for the mileage, the hybrid version will get up to 80 miles per gallon equivalent (MPGes), when it comes to urban usage. Upon its arrival into the market next year, it will be the sole plug-in hybrid that the customers can buy. The electric range of this minivan is  30 miles when fully charged and the powertrain delivers  an estimated 248 horsepower. The battery can be fully charged in two hours using a 240-volt plug-in system.