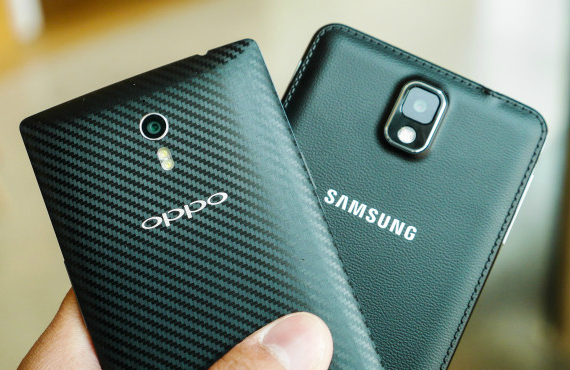 “Tao Ailian, secretary-general of the commission, said it filed the public interest lawsuits after investigating complaints from the public about unwanted apps”.

The Shanghai Consumer Rights Protection Commission inspected 20 smartphones and out of which most were sold with pre-installed apps that could not be removed by the buyer. Few of such apps were found to be stealing cellular data.

The commission found Samsung’s SM-N9008S and Oppo’s X9007 flooded with as many as 44 and 71 apps respectively. While the Samsung model was found to be carrying electronic dictionary and an online shopping program, the Oppo models were found to be preloaded with various games and other programs.

The Commission stated that neither of the two company informed buyers about the presence of such preloaded apps on their smartphones.

Manufacturer to disclose about preloaded apps before sale

In a bid to safeguard customer interests, commission is asking court to pass ruling that makes it mandatory for smartphone manufacturers to mention on the packaging of their smartphones about what apps have been installed and also to provide instructions on how they can be removed.

“We hope it will force other companies in the sector to end the unreasonable, but common, practice of pre-installing apps without telling consumers. This is something that is very much necessary for the healthy development of the whole industry,” mentioned Tao.

Reacting to commission’s court actions, Samsung replied that they are yet to receive any formal complaint on the matter. However, both, Samsung and Oppo, have to respond in fifteen days with their defenses.