A star-studded video has hit the web earlier this week to urge American citizens to register and vote, just not for Donald Trump. The PSA is the first AV piece of the ‘Save the Day’ campaign, a movement to encourage voters to elect their representatives in the upcoming presidential election of the United States.

Since Joss Whedon is the mastermind behind the ‘Save the Day’ efforts, several Avengers have assembled in support of the film franchise director’s message. Robert Downey Jr., Scarlett Johansson, Mark Ruffalo, Don Cheadle, and others show up in the video to spread the word.

While neither the campaign nor the celebrities in the ad explicitly endorse any given candidate, the message they convey is quite clear. Electing Donald Trump as president represents a threat to these actors, and they jokingly-yet-seriously want your vote to go to anyone else.

In an exclusive interview with The Hollywood Reporter, the ‘Save the Day’ leader talked about the importance of the upcoming election and how he saw it as his mission throughout the campaign process to take a stand for what he believes in.

“It’s not about attacking because Donny’s real good at attacking himself. It’s about getting people to vote, because it’s frightening the apathy that people are treating the most crucial election of their lifetimes with,” said Whedon on the mission of ‘Save the Day.’

During the interview, the Avengers director also openly stated that he was a Hillary Clinton supporter. ‘Save the Day’ is constituted as a Super Pac and while its primary mission is voter registration and turnout on Election Day, it ultimately also raises funds for the Democratic candidate’s campaign.

The former First Lady at the side of Bill Clinton’s during his tenure as President of the United States is now running to become the first woman President of the North American nation. She became the official candidate for the Democratic Party following a riveting campaign against the Vermont Senator Bernie Sanders. 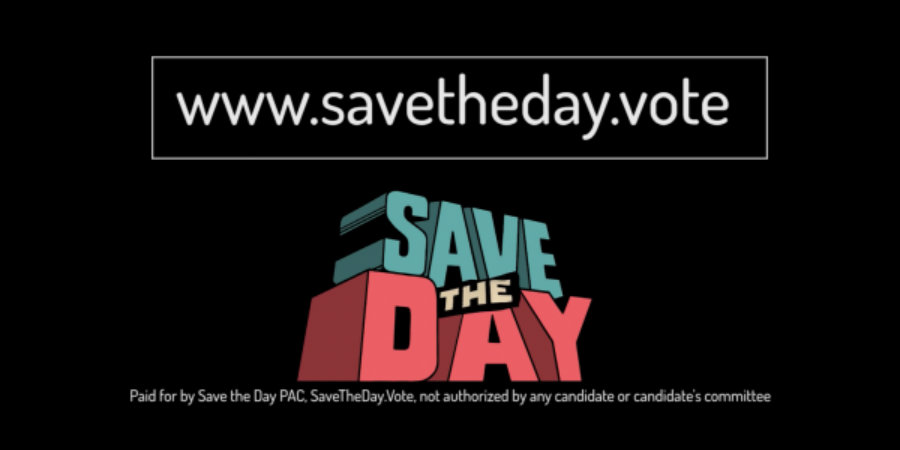 With personalities like Robert Downey Jr. and Don Cheadle in a video, the team behind ‘Save the Day’ could not get all that charisma go to waste and miss the opportunity to make a great offer.

The ‘Hulk’ actor unknowingly announces in the video that if voters indeed register and vote in the presidential elections, he will perform in the nude during a scene of his next movie. If that is not enough incentive, all the actors featured in the video then go on to promise Ruffalo will do it.

Source: Save the Day