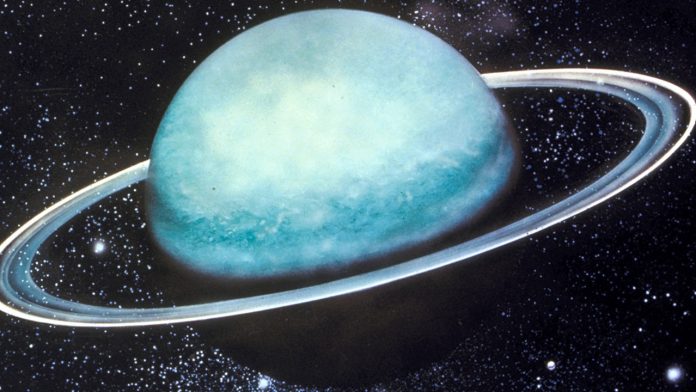 Thirty years have passed since the discovery of a planet whose name has been used in numerous comedy shows, as it can be easily confused with two other rather NSFW words, when read in a misleading way.

However, the word Uranus comes from the Ancient Greek word Ouranos, which means “sky” or “heaven”, and was the primal Greek god personifying the sky. The ancient Greeks and Romans knew of only five wandering stars: Mercury, Venus, Mars, Jupiter, and Saturn. The discovery of a sixth planet was not until the 18th century, on January 24th, 1986. Until the 13

The discovery of a sixth planet was not until the 18th century, on January 24th, 1986. Until the 13th of March, 1781 and due to the fact that Uranus was visible to the naked eye, people thought that it was a star. However, William Hershel was the first to observe the planet and note it down as a comet. When Hershel brought his discovery to a fellow astronomer, Nevil Maskelyne, they realized that it wasn’t a comet: it orbited the sun like a planet.

Additional observations from other astronomers helped confirm the discovery. Its discoverer, William Herschel, dubbed the new planet “The Georgian Star“, since that name was preferred by English astronomers. Others favored just “Herschel“. Finally, the name Uranus was chosen as the logical addition to the series: for Mars (Ares in Greek) was the son of Jupiter, Jupiter (Zeus in Greek) the son of Saturn, and Saturn (Cronus in Greek) the son of Uranus.

What is odd is that, while the others take Roman names, Uranus is a name derived from Greek in contrast to the Roman Caelus. However, it wasn’t until the 20th century that Uranus attracted the most attention from astronomers. During 1965, Gary Flandro, a student at the California Institute of Technology and employee at the Jet Propulsion Laboratory, began working on a new project in an attempt to find out where NASA should look for new exploration efforts. Through this research, it was achieved the first step in figuring out a new space program, one that would eventually explore the outer solar system: Voyager.

It was an ambitious project, and two spacecraft were developed for a grand tour of the outer solar system. On January 24th, 1986, Voyager 2 reached its closest point to the seventh planet, 50,600 miles above its surface. Scientists determined that the atmosphere of Uranus is 85 percent hydrogen and 15 percent helium. There was also evidence of a boiling ocean about 500 miles (800 kilometers) below the cloud tops. Suzanne Dodd, project manager for Voyager said: “The Uranus encounter was very exciting for me”.

Nowadays, there have been several proposed missions to Uranus, although none have been ranked as highly as missions to planets such as Mars, Jupiter or Saturn. As of 2015, NASA has started considering a new mission with Uranus being the destination; one that would launch sometime in the 2020s.