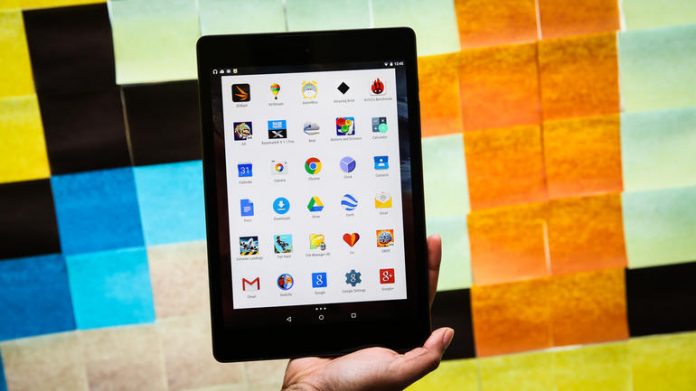 As Valentine’s Day is closing in, tech companies find it as a suitable season to promote their gadget goodness, by offering devices for solidly discounted prices.

Taiwanese tech giant, HTC, is among the first players to deliver such a deal, as for the next 24 hours U.S. residents will be able to get their hands on the 8.9-inch Nexus 9 tablet for 40% off its original price tag. The sale applies on all the models of the series, including both WiFi-only and data-enabled variants.

More specifically, 16GB, 32GB and 32GB with LTE models are priced at $239, $287 and $359, respectively. Furthermore, buyers who decide to opt for an LTE-enabled version will be greeted with extra gifts as well, since the company promises to throw a free Logitech Bluetooth keyboard in the gift bag. When it comes to colour options, the Nexus 9 is available in white and black.

As far as specs go, the 2014-released tablet features an 8.9-inch IPS LCD capacitive touchscreen, running on a resolution of 1536 x 2048 pixels (~281 ppi pixel density), while Corning Gorilla Glass 3 keeps the device scratch and shatter proof to a significant degree. It is also worth noting that a whopping 6,700mAh battery backs the device up, promising up to 720 h (3G) on stand-by and up to 9 h 30 min (multimedia) (3G) of talk time.

Underneath the hood, the tablet is powered by a Dual-core 2.3 GHz Nvidia Tegra K1 chipset coupled with Kepler DX1 GPU, 2GB of RAM and non-expandable storage options of 16GB and 32GB. The Nexus 9 comes with stock Android 5.1.1 Lollipop straight out of the box.

The deal will be running until 11:59PM PT/2:59AM ET, so hurry up before it goes out of stock. If you did pick up the Nexus 9 through this offer, feel free to let us know of your impressions in the comments below.