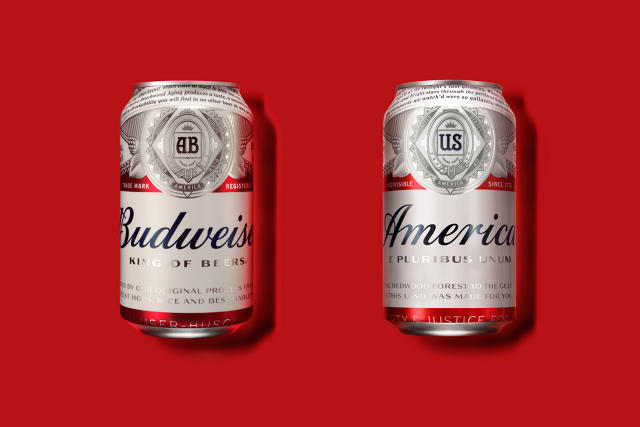 On Tuesday, Budweiser announces that they are changing the name of the beer brand to “America.” The company in its official statement says the name change is inspired by both- the upcoming election and summer Olympic Games in Rio.

The campaign called America in your hand will start on May 23 through November and will include cans and bottles having passage ranging from Pledge of Allegiance to lyrics from “ the Star-spangled Banner and “America the Beautiful”.

Earlier also the company had produced cans with American flags on them, but this time, they are slapping the name “America” where it says Budweiser.

The vice prez of the company, Ricard Marques says, ”Budweiser has always strived to embody Americain a bottle, and we are honoured to salute this great nation where our beer has been passionately brewed for past 140 years.”

Budweiser has filed to make a beer label that looks like this, according to @ejschultz3 pic.twitter.com/dagaQsone3

Americans are not Happy

Although Americans found the move by the company as distasteful, and they have shown their displeasure on social media.

Foreign-owned beer company Budweiser to temporarily rename itself "America," and apparently this isn't a joke. https://t.co/LSHNzQARBs

The move by the company seems very similar to Trump’s “Make America great again” campaign, and the label of the new packaging are with images and phrases affiliated to Republic. It seems Trump acquire the beer brand for the campaign.

Budweiser is an American beer, owned by Belgium\ Brazil giants InBev.Inbev owns the dozen of beer brands which accounts for nearly half of the market share in America.