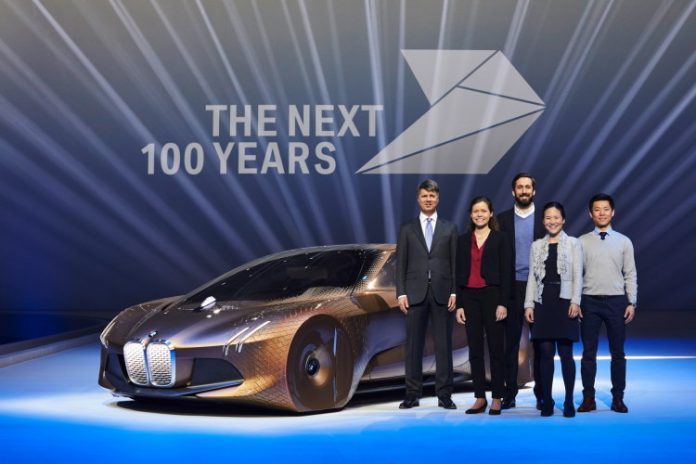 BMW has revealed its vision of the car of the future and we hope that you like Bronze as it looks like there will be a lot of it.

The BMW Vision Next 100 is the German car giant’s copper-coloured, sealed-wheel and entirely conceptual Car of Tomorrow. According to what we see, it does look like a work of speculative fiction as much as it is a real vehicle.

When it comes to its operation, the car is centered around a core AI that is able to take as much control of the vehicle as the driver prefers at any given moment, from completely manual to an ‘accent’ to a manual experience. This car is definitely designed in a way that showcases what a more than 100-year-old company aspires to do with cars that plans to build in the future.

Also read: BMW to Build The ‘Most Intelligent Car’ in the Auto market

Though it was ‘driven’ onto the stage of BMW’s centenary event in Munich, the car mostly does not exist – but it’s packed with ideas. They included the ‘Companion’, a glowing ball of light that would be designed to give information to pedestrians when the car was in self-driving mode, letting them know what the car is about to do before it does it. 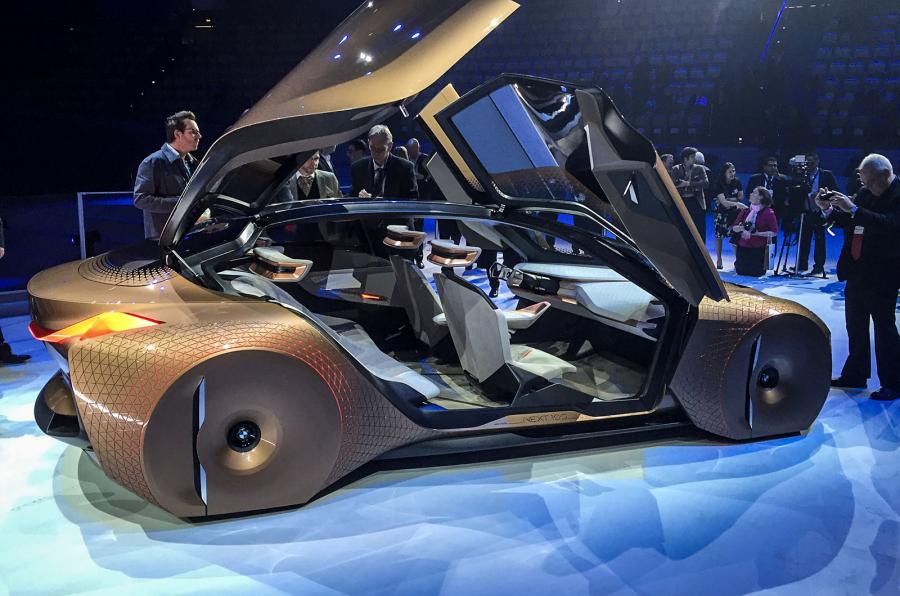 Moreover, the car has two major driving modes, ‘boost’ and ‘ease’. The ‘Boost’ would feed data from the dashboard to the windshield including driving line suggestions and speed. The whole process is called  ‘Alive Geometry’, which is all about giving an artificial intelligence edge to a traditional manual driving scenario. On the other hand, ‘Ease’ would instead allow passengers to face each other, retracting the steering wheel and providing a simple, self-driving method.

“It is a highly customized vehicle that is perfectly tailored to suit the driver’s changing needs,” BMW said. “If, as a designer, you are able to imagine something, there’s a good chance it could one day become reality,” added Adrian van Hooydonk, head of BMW Group Design. “So our objective with the BMW Vision Next 100 was to develop a future scenario that people would engage with.“