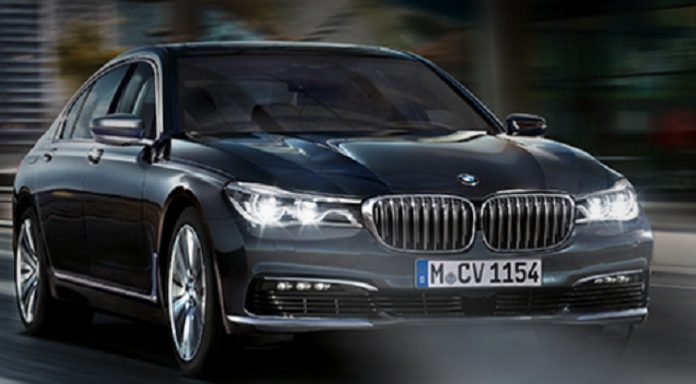 We live in an age where technology appends our every-day lives, enabling us in a variety of fashions. From controlling appliances in our home, to remotely controlling our workstations at the office and even better, having technology remind us of the things we have to do; you’ll find the need for it everywhere! So why settle for a simple ride when BMW has launched its most technologically advanced 7 Series saloon yet?

Initially announced in June 2015, BMW launched their latest 7 Series model on the 20th of April, whilst celebrating 100 years in the industry. The new 7 Series car looks much like its predecessor with minor accents changed on the outside, but a load of promise when you step in.

Deemed as one of its most tech- savvy cars, the new BMW 7 Series doesn’t just come with support for third party devices, but employs a checklist of technological embeds that allow for an automated and interactive driving experience. We’ve taken down the improvements and additions so you’ll know how his new ride has been upgraded in all its glory.

Whether you board this ride from the front or the back, you’re sure to see more than one screen in your line of sight. The front of the car has a 10.25” Control– touchscreen above the dashboard as well as a display above the gearshift. The back of the front seats house two 10” display screens for passengers in the back seat as well as a 7” screen on the armrest in the middle.

The one on the armrest allows for control of the car’s temperature, the seat’s inclination as well as those for in-car entertainment. With support for HDMI as well as a dedicated drive for Blu-Ray playback, the new 7 Series brings entertainment and comfort to all. A 2.2” touchscreen on the remote of the 7 Series also allows you to check on the remaining fuel, set the air-con as well as unlock the car.

Like most modern cars, the BMW 7 Series allows you to connect your Android or iOS device over USB or Bluetooth. One major drawback is that BMW doesn’t support third party connectivity bundles like Apple’s CarPlay or Android Auto, but still allows you to take advantage of most of the features they bring, through their own in-house bundle that allows you to read notifications, take or place calls as well sync your smartphone for media playback. The car also supports core social apps like Facebook and Twitter among other entertainment services like Amazon Music, Spotify, TuneIn and Audible.

A mentioned earlier, the BMW 7 series comes along with a number of touchscreens that allow you to control entertainment in the car. The screens are bright with content displayed being legible under most circumstances. The multi-touch screens are useful when you need to type out a quick message, especially since the dashboard control screen sits at eye-length and within an arms reach. Controlling features around the car is also possible with the dial that rests near the gearshift.

It proves as an alternative as well as speedy method of sifting through your media or when making a selection from long list. The BMW 7 series also comes along with its own internal storage for you to stock up on your favorite tracks. One of the most interesting features added to the new model is ‘Gesture-Control’, which allows you dedicated functionality for gestures.

The sensors in the dashboard capture your gestures to activate the appropriate functions. You could twirl your fingers clock or anti-clock wise to turn the volume up or down, dismiss a call with a wave of your hand, answer a call with a pinch or go back and forth through your tracks by splitting your fingers and flicking them right or left.

Although this may sound magical, these controls don’t always work and you could save yourself some effort by using the controls on the steering wheel instead. The car also senses your presence and is able to unlock itself for you.

Unlike the nascent ‘gesture control’ features, the BMW 7 Series comes along with the promise of the company’s brilliance in self-drive automation.

Along with features like auto-high beam control, blind-spot monitoring as well as autonomous emergency breaking, the car comes with many self-drive features, that the company has christened with its own terminology.

The BMW 7 Series is able to identify speed limit signs on the road and display them to you on your screens. Its adaptive cruise control in-fact even slows the car down automatically should you be over the speed limit. For those that do not like inching forward in traffic, the cars intuitive traffic-jam control ensures that you keep a safe distance from other vehicles, maintain an appropriate speed and even break when required, even if you don’t actively do this yourself. The car also offers both ‘complete’ as well as ‘partial’ automated assistance for parking and you can choose whichever you’re comfortable with.

The BMW 7 Series comes equipped with GPS functionality. The car is in-fact able to adjust its suspension in accordance with the anticipated terrain, from the maps it employs on your journey. The screen on the dashboard brings up 3D maps for you to view and allows you to key-in your destination with the touchscreen, iDrive dial or even send it to the car from your smartphone. 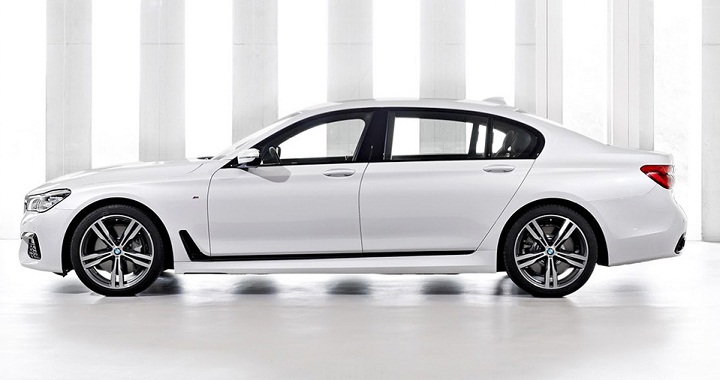 If you thought you’d want to purchase a BMW 7 Series, you’d know by now that it won’t come cheap. With the base model costing you about £67,700 you could go all the way up to £90,000 with most of the in-car upgrades offered.

Although a technological marvel, there are aspects of the new BMW 703Ld that could benefit from improvements. That’s not to say that you shouldn’t consider the car, for what it offers over traditional cars is a leap beyond their stride at the moment, where every car will look to match the BMW 703Ld by 2020.