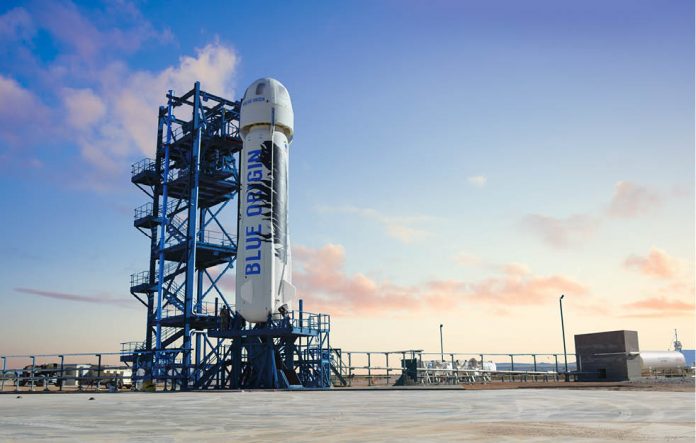 Blue Origin, the space transport venture set up by Amazon’s founder, Jeff Bezos, has launched and landed a sub-orbital rocket for the second time. This achievement is hailed as ground-breaking as it has added to the company’s drive to create rockets that are reusable.

Blue Origin posted a video that showcased the launch and return of the New Shepard rocket to the launch pad in Texas, on Friday morning.

The spacecraft has been designed to carry a total of six passengers to a height of 333,582 ft (63 miles) and then return to Earth after a few minutes.

“I’m a huge fan of rocket-powered vertical landing,” Bezos wrote on the Blue Origin website. “To achieve our vision of millions of people living and working in space, we will need to build very large rocket boosters. And the vertical landing [system] scales extraordinarily well.”

Last month, SpaceX had successfully returned a rocket to a base in Florida, after it had gone off on a satellite delivery mission. Last Sunday, however,  SpaceX attempted to land a rocket on a platform floating in the Pacific Ocean, but, due to the malfunction of the one of the booster’s four landing legs, the whole rocket keeled over and exploded.

Blue Origin are just some of the companies that are working on developing rockets that are able to return to Earth, after accomplishing their mission, so that they are then refurbished and flown again. This initiative is supposed to reduce the potential costs.

As of now, Blue Origin has developed only sub-orbital rockets that are not powerful enough to enter Earth’s orbit. However, soon they are planning to develop new, more powerful rockets.

Regarding the aforementioned, Bezos wrote, “We’re already more than three years into development of our first orbital vehicle. Though it will be the small vehicle in our orbital family, it’s still many times larger than New Shepard.”.