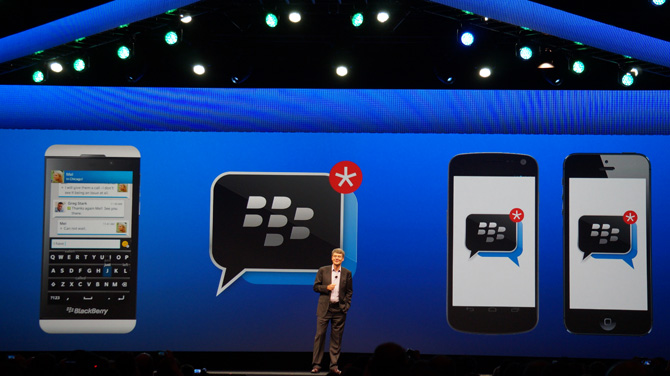 BlackBerry is making some key BBM privacy features free for all users. Retract is one of the features that the company is providing free access to. This allows you delete a message from both the sender and recipient.

Another one is Timer, which set limits on how long a message or photo can be viewed. Earlier, both these features were a part of the BBM subscription plan.

BB introduced the privacy features for its BBM messaging service two years ago, as part of a $0.99 a month subscription plan.

The update also includes message editing and privacy chat, which enables the user to remove the avatar and names from the chat windows across all platforms.

The ‘Sticker Club’ and ‘Custom Pin’ features have also been added, however, to get rid of the ads and avail these two features, the users will still have to pay monthly charges. So, everything is not exactly free even now.

There is no shortage of messaging apps in the market, at the moment. The company has been kept on the back seat over the past several years with the advent of various cross-platform mobile messaging apps, such as WhatsApp, Facebook Messenger, Telegram, Hike, Viber, Line, WeChat and the like.

Users of BBM have been dwindling mostly due to the decrease in the number of users for the smartphones, which originated from an explosion of consumer-oriented mobile platforms like Android and iOS.

Having accepted the declining nature of its own, in-house operating system, BlackBerry, formerly known as Research in Motion, made its BBM app cross-platform back in 2013, meaning, it wasn’t exclusive for BlackBerry handsets anymore.

It is nice that the company has chosen to make these features free. However, the main irony lies in the fact that not a lot of users are left to enjoy these privileges.