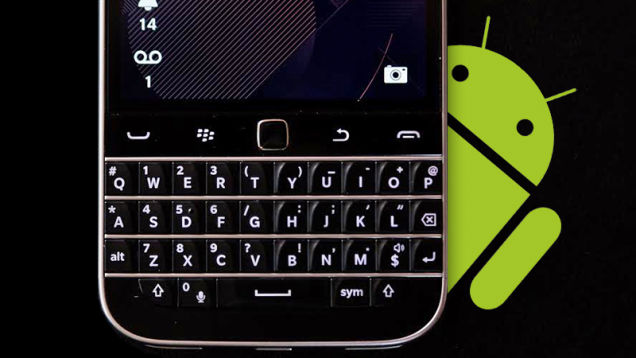 BlackBerry’s CEO, John Chen, has announced that that the company will be completely reorientating its focus on Google’s Android mobile operating system for 2016.

The annual Consumer Electronics Show event has recently kicked off and companies have already started sharing their visions for the year that lies ahead, besides displaying its forthcoming gadget goodness. The Canadian phone maker, BlackBerry, managed to resurface under the tech spotlight during the autumn, with the release of its first Android-powered smartphone, the Priv. Moreover, Chen stated that if the Android card does not deliver the anticipated performance results, then BlackBerry’s decade-long phone business will be put down and instead speculate its resources on the software industry.

Sales figures of the Priv have not been revealed yet, since the phone was rolled out to the market just one and a half month ago. BB had originally opted to offer the smartphone exclusively under AT&T’s network – like it did with the Passport -, though it recently shifted its distribution strategy by sealing respective deals with Verizon and T-Mobile carriers. The latter will receive the device on January 26th, while the former sometime during March.

In addition to the company’s Android investment, as aforementioned, the CEO mentioned that at least one more phone powered by Google’s OS is set to be released during 2016 – two if sales turn out the way BlackBerry expects them to come. Hence, it goes without saying that the Canadian giant will be retiring its home-brewed BB 10 OS for 2016 and bet all its money on the combination of Android’s renowned ecosystem, accompanied by BlackBerry’s unique and profound selection of security applications.

Furthermore, Chen did not rule out the possibility of giving the good old BB 10 a second try if the plan at hand revives the company. Though, it is worth wondering that in case the Android formula brings BB back to life, after years of poor results, then why risk it again? Nonetheless, 2016 will be a rather crucial season for the iconic phone maker, so we will have to wait another twelve months to see what its ultimate fate will be.