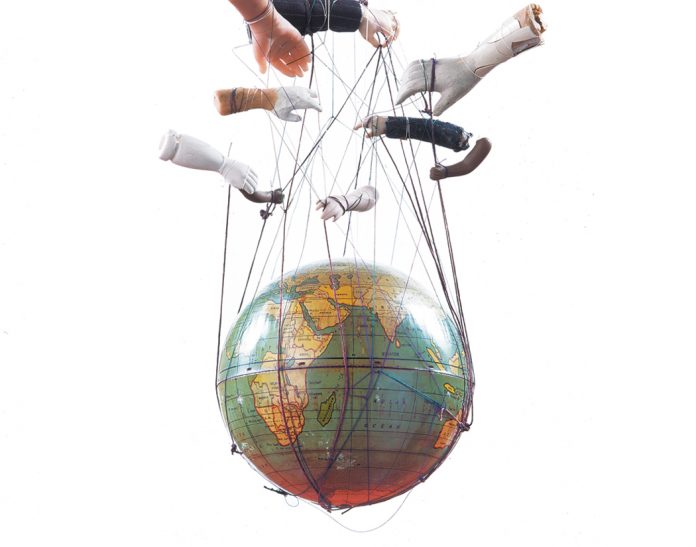 This is the first article of the series described in the title above. The key purpose behind this article is to provide a glimpse of what is happening around us.

In order for one to understand how the balances between nations are kept must first understand the blocks (alliances and cooperations between 2 or more nations, not necessarily formal) that exist in our world. The first division can be done into Western and Eastern countries (southern-African nations do form blocks but are mainly driven by the Western and/or Eastern powers.)

On the western side, there is the US and Europe. US is known to enforce its policy through NATO, a co-operation organization with  financial, political and military facets while Europe uses the European Union. The European union can be divided into the monetary union (Eurosystem) and the political union(EUropean Union). A country can be an EU member but not use the euro! Overall, the Western blocks consist of these 2 big powers. On the one side, US, is actively engaging in wars and following a neo-colonial strategy when Europe is really against every type of war avoiding them at all costs (see WWII). The secret behind this aggressive policy US adopts is its financial system. The US, since the 20th century does not follow the gold-money principal. That means new dollars can be printed without being scaled to gold. The gap created by the extra dollars printed is covered by natural resources (found abroad). This happens so that the US can avoid inflation. So, they start wars, to get oil, to print more money. On the opposite, the EU does not print any money while keeping the existing balanced with gold. As of that, the EU does not need any wars. Of course EU its neutrality with incomes lower than those in the US. 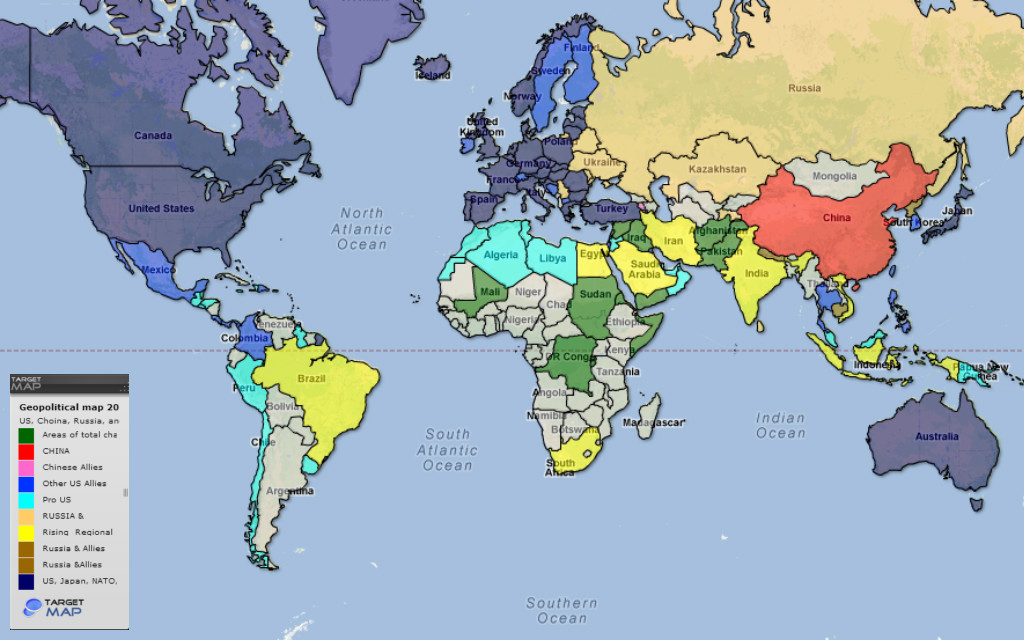 On the Eastern side, we have BRICKS and other alliances with Russian Federation, China and India leading. Of course, there are certain Asian countries that are pro-Western and pro-US specifically. All of the three aforementioned superpowers are following really aggressive policies trying to expand at any opportunity given. That is due to the huge development  these countries have. Furthermore, Russia has been in close contact with India developing new weapons systems (mainly ballistic missile and aircraft oriented).

Both of these blocks have been clashing constantly indirectly. Certain examples are; the veto of Russia in the UN regarding the US intervention in Syria, The amount of US treasury bonds Chinas possesses, The annexation of Crimea etc.

More articles are going to follow. In the next article we are going to discuss and analyze the current situation in Middle East and how all these blocks affect/created it.