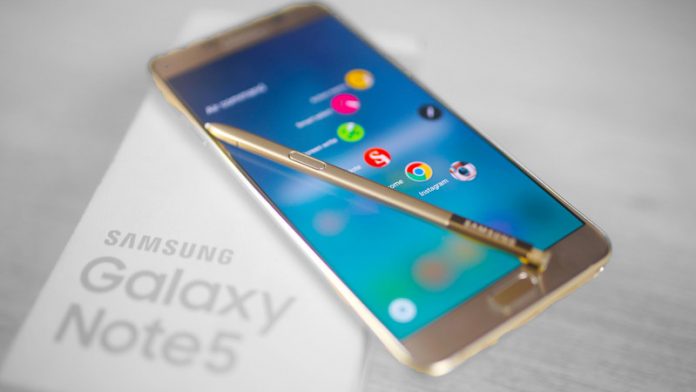 According to screenshots that were taken after the update to Marshmallow on the Samsung Galaxy Note 5, you can now get rid of the blue and neon yellowish color that many owners used to complain against.

The recent update does show a lot of changes to the user interface, if the screenshots are accurate. As of today, with the device running Lollipop, Samsung’s stock theme is blue and sort of neon yellowish, but after the update, that blue will change to gray, and the yellow will change to blue. At least, that is if these screenshots are to be believed.

According to a report by Phone Probe, a small number of Note 5 owners who are part of a test group, received the update to Marshmallow and then detailed what all changed after the update – listed as build number N920AUCU2BPB1.

Apart from the changes to the way the OS looks, the other standard features that are associated with Marshmallow are also included. Users are also reporting that, overall, the system feels a lot snappier.

It is true that the theme does look a lot better and snazzy, but, unfortunately, TouchWiz UI has not followed suit. There are still icon themes that don’t match anything from Google, and Samsung still has many preloaded apps onboard, consequently causing bloatware as well. The file size for the Marshmallow update weighs at 1355MB or 1.3GB., we have come across some intel that indicates at a roll-out sometime this month. After getting some more reliable information, we will make sure to let you know.

When it comes to the rest Samsung handsets, whose Android 6.0 Marshmallow update release date is still pending, we have come across some intel that indicates at a roll-out sometime this month. After receiving some more reliable  and concrete information, we will make sure to let you know.

Another big news related to the updates of the Samsung devices is that users can now get their hands on the Marshmallow experience on their Samsung Galaxy S2 via CyanogenMod 13. It’s a nightly, so it won’t be stable at first, and you’ll need to flash this GApps zip package to get your Google apps working. All in all, though, it does look like an interesting experiment to do.