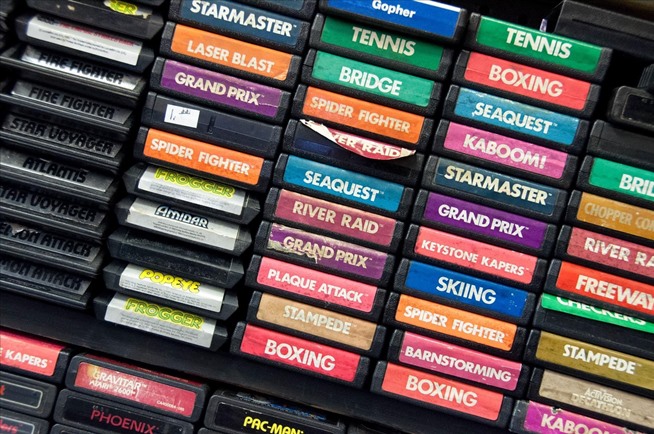 Retro gamers rejoice: you can finally throw away that old Atari 2600 you’ve been hanging on to all of these years, as Atari is releasing a massive collection of classic games on PC later this year. The company has announced it will bring 100 of its classic games, including Asteroids, Centipede and Missile Command, to Steam.

The original Atari, Inc. founded in 1972 by Nolan Bushnell and Ted Dabney, was a pioneer in arcade games, home video game consoles, and home computers. The company’s products, such as Pong and the Atari 2600, helped define the electronic entertainment industry from the 1970s to the mid-1980s.

The company will show off the package, called Atari Vault, at the PAX South 2016 conference, which kicks off Jan. 29 in San Antonio, Texas. Atari Vault will also contain the classics; Tempest and Warlords, though the full list has not been announced. Each title will also come with its original soundtrack from the 70s and 80s.

Moreover, the list also includes a few upgrades, adding local and online multiplayer options to several games, as well as support for the Steam Controller — though of course you’ll be missing out on the iconic box art from the original releases. At PAX, Atari will also demo its upcoming PC game, Rollercoaster Tycoon World, as well as mobile game Pride fest, at the PAX South 2016 expo this month in San Antonio, Texas. Atari Vault is scheduled to launch in spring 2016.

If you happen to be attending PAX South next week, then you’ll actually be able to try out Atari Vault on the showroom floor. Pricing has not been announced. Folks who are driven by nostalgia are obviously the target market here but, in an age where the youngsters seem to love trying out experiences of yesteryear, we’re curious if games like Atari Vault will find a fan base amongst all of those whippersnappers.