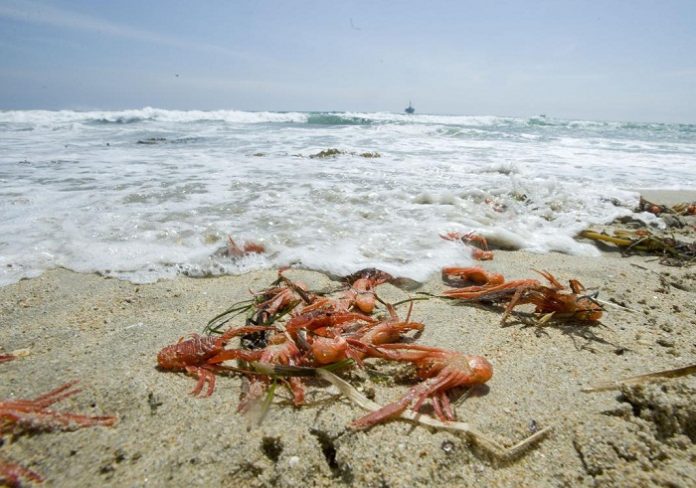 The Huntington Beach area was seen amass with red crabs strewn across the water line, some dead, the others inching around to survive on Wednesday afternoon, the 11th of May.

These crabs were spotted along the area near Golden West Street all the way along the coast up to the Bolsa Chica Wetlands.

An estimate from lifeguards in the area put the number of washed-up red crabs at a 1000. This was nothing in comparison to the thousands of red crabs that washed up on the shorelines last June.

Reports from other wires state that some visitors to Dog Beach were also pinched by these crabs while it Is believed a dog managed to get pinched too.

The red crabs, also known as tuna crabs, house very little edible meat and are only 1-3 inches large. These red crabs haven’t been spotted in the area for the past few decades and are usually found in the waters around Baja. 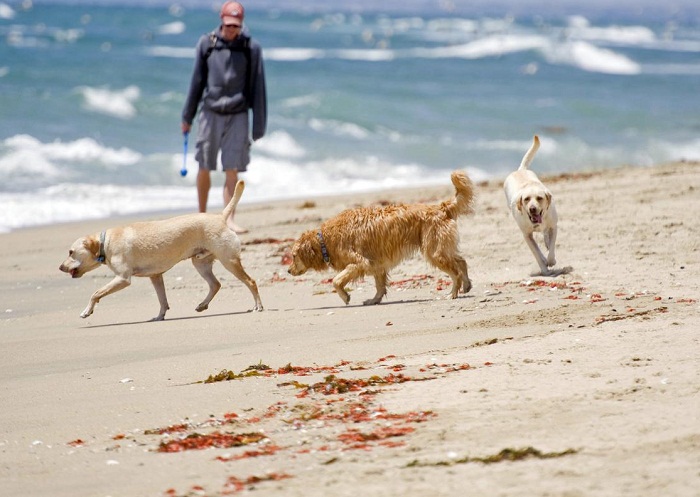 Owing to the strong currents pushing in from the South because of El-Nino conditions, the crabs have started showing up on the Orange County coastline.

During the incident where red crabs washed up across the entire coastline last June, different beach authorities choose to deal with the circumstance in different ways. The Newport beach authorities dispatched groups to round up the crabs and be dumped in a central place, whereas other beaches let the sea-gulls and tides take care of the matter.

Along with the crabs in the Huntington area, Newport Beach also witnessed the same on the same day. Another incident reported crabs washed-up along the shore at Seal Beach last week.